Experience Gaudí in an Original Way in Barcelona

At Palau Güell in Barcelona you can enjoy a unique experience. Parabolic Gaudí is a special event of projection mapping, guided tour and a tasting of a glass of cava organised at Palau Güell on every Friday.     Palau 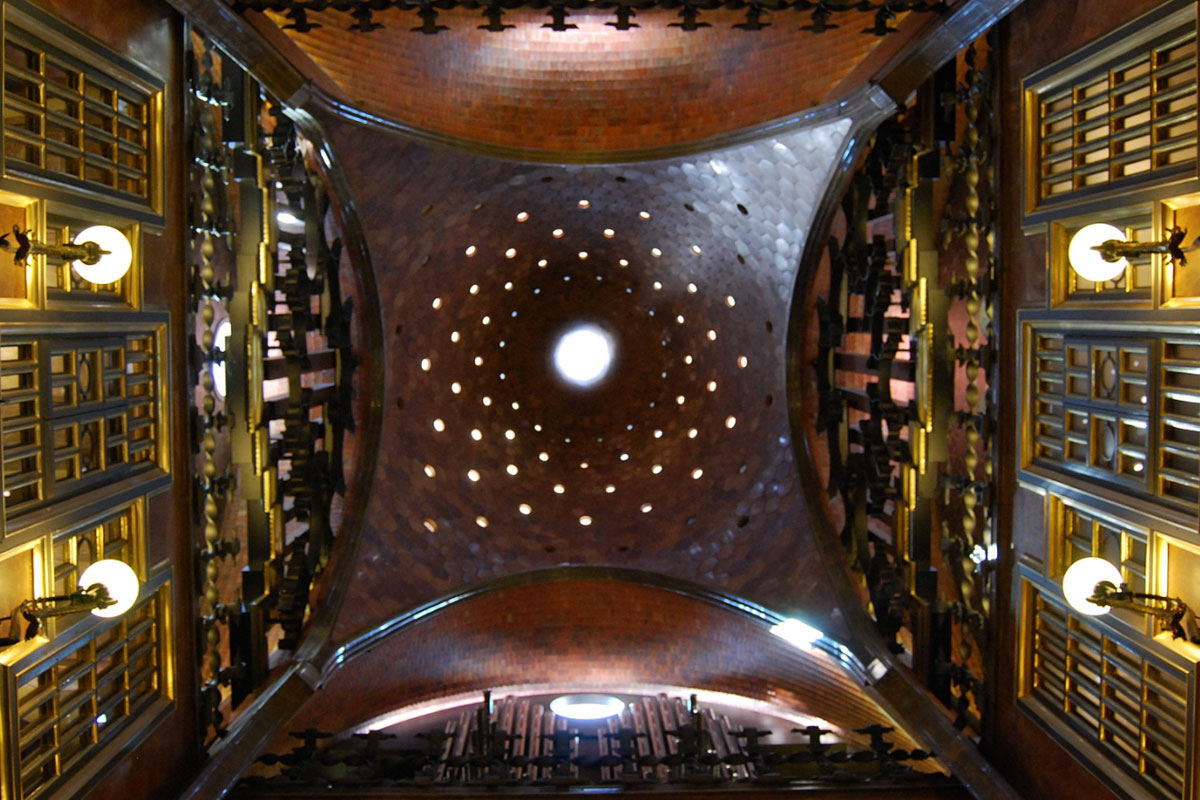 At Palau Güell in Barcelona you can enjoy a unique experience. Parabolic Gaudí is a special event of projection mapping, guided tour and a tasting of a glass of cava organised at Palau Güell on every Friday.

Palau Güell (1886-1890) was built by Antoni Gaudí and is renowned for the architect’s innovative approach to space and light. The building was commissioned by his friend and patron, entrepreneur Eusebi Güell Bacigalupi, who lived there with his family until the early 20th century.

During this period Palau Güell became a meeting place for the avant garde artists and musicians of the time. Concerts were frequently held in the central hall, often with the organ taking pride of place and the dome acting as a large amplifier. To continue this spirit, the Palau is now offering a projection mapping entitled “Parabolic Gaudí”.

The show is based on the dome’s geometry, parabolic in shape and made up of hexagons. This architectural feature, interpreted from an analytical and imaginative perspective, has been transformed into a canvas to project abstract, computer-generated geometric figures.

The light show is synchronised with music played by the new organ, made in 2011 by the organ builder Albert Blancafort, which includes the wooden cylinders from the original 1888 organ. Using an automated MIDI system, the organ plays directly without any organist, opening the doors to a world brimming with possibilities to explore. This show has been created by Playmodes, an audiovisual research studio set up in 2008, who also composed the music for the show. Read more on this tour on the building’s official website.

Palau Güell was one of the first important commissions Antoni Gaudí received at the start of his career. Eusebi Güell (industrialist, politician and patron of the arts) wanted Gaudí to build him this peculiar urban palace as an extension of the family home on La Rambla, now declared a World Heritage Site by UNESCO.