Made up of a collection of grand palaces, fortresses and enchanting gardens, the Royal Alcázar of Seville will transport you to a different era. 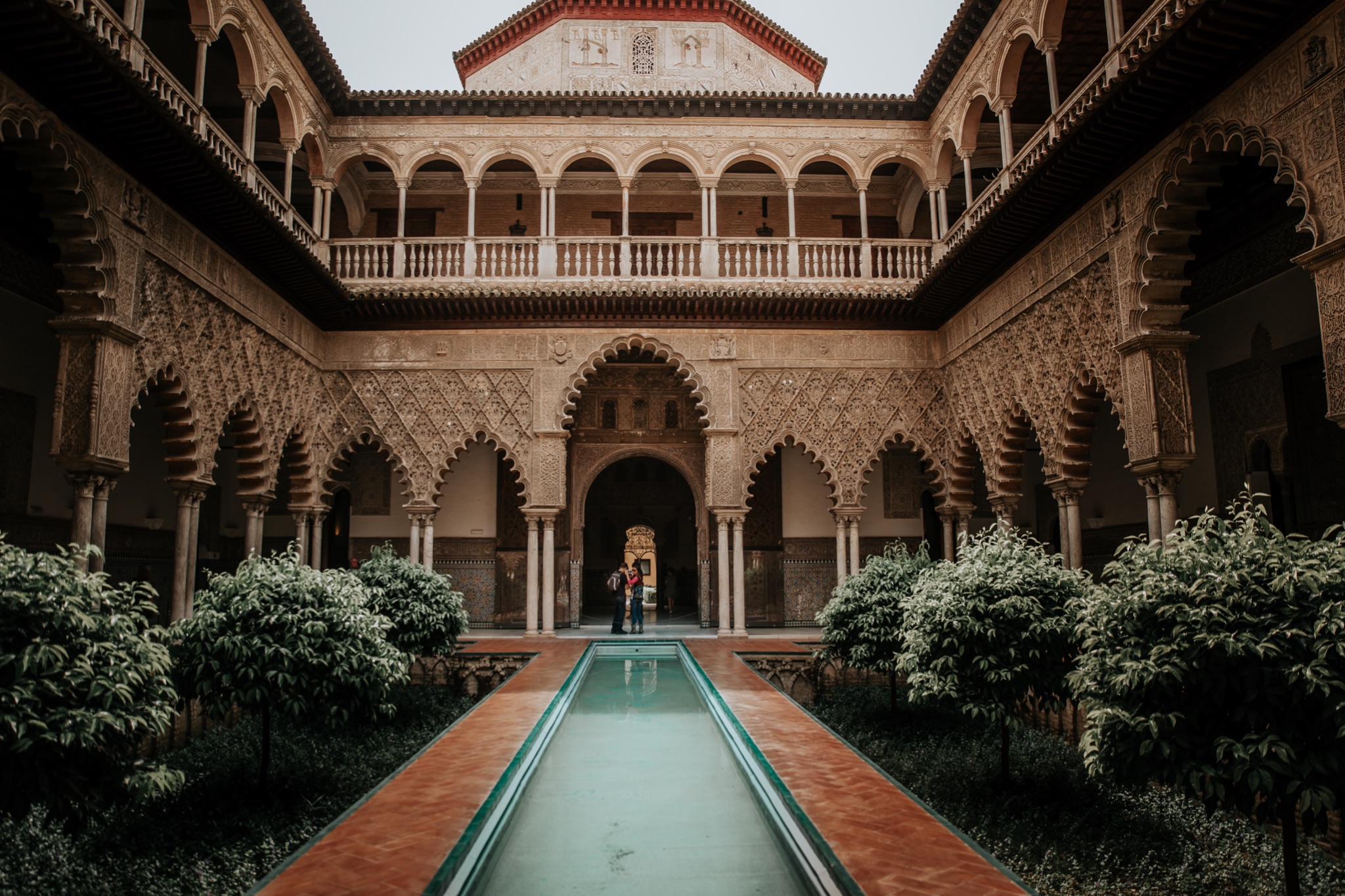 With its origins dating all the way back to the 11th century, the Royal Alcazar has been used by various civilizations, and cultures to assert power. Originally built by the Moors, it was intended to be used as a strategic fortress in the centre of Seville. The word Alcázar comes from the Arabic al qasr, meaning “castle.”

The Alcazar is protected by a wall, made up of diverse palaces and gardens that were designed during different periods. From the Almohads to the Christian Kings, this is what makes it one of the most unique and historically enriched monuments in the entire world.

The Royal Alcazar de Sevilla was has been declared a World Heritage Site by Unesco, and is a combination of Muslim, Gothic, Renaissance, Baroque and Romantic art elements, as well as some of the best examples of Mudejar art, making it a mix of Islamic and Christian culture.

What to see at the Royal Alcazar de Sevilla

In the 12th century, the Christian Reconquest was already in full effect across the Iberian peninsula. King Fernando III of Spain recaptured Seville from the Moors in 1248, and so he converted the existing fortress structure into a Christian palace. The ruling Christian monarchs went on to continuously renovate and all to the site over the next few centuries, converting it into the spectacular monument that it is today.

Here are some of its highlights:

The Palace of King Peter I

In the 14th century, it was King Peter I that greatly admired Islamic culture and its beautiful architecture, and he surrounded himself with Muslim advisors. It was thanks to his liberal attitude and cultural tolerance that the Alcazar now boasts the magnificent Palace of King Peter I.

The Spanish monarchs summoned Arab and Berber artists and artisans from Sevilla, Granada and Seville so that they could build a new palace according to the traditions of Moorish art between 1364 and 1366. They combined their craftsmanship with Spanish style as well as other cultures that existed on the Peninsula for eight centuries despite facing each other on the battlefield.

After its completion, the palace became the regular throneroom for the Kings of Castile and later on was used by the Kings of Spain. 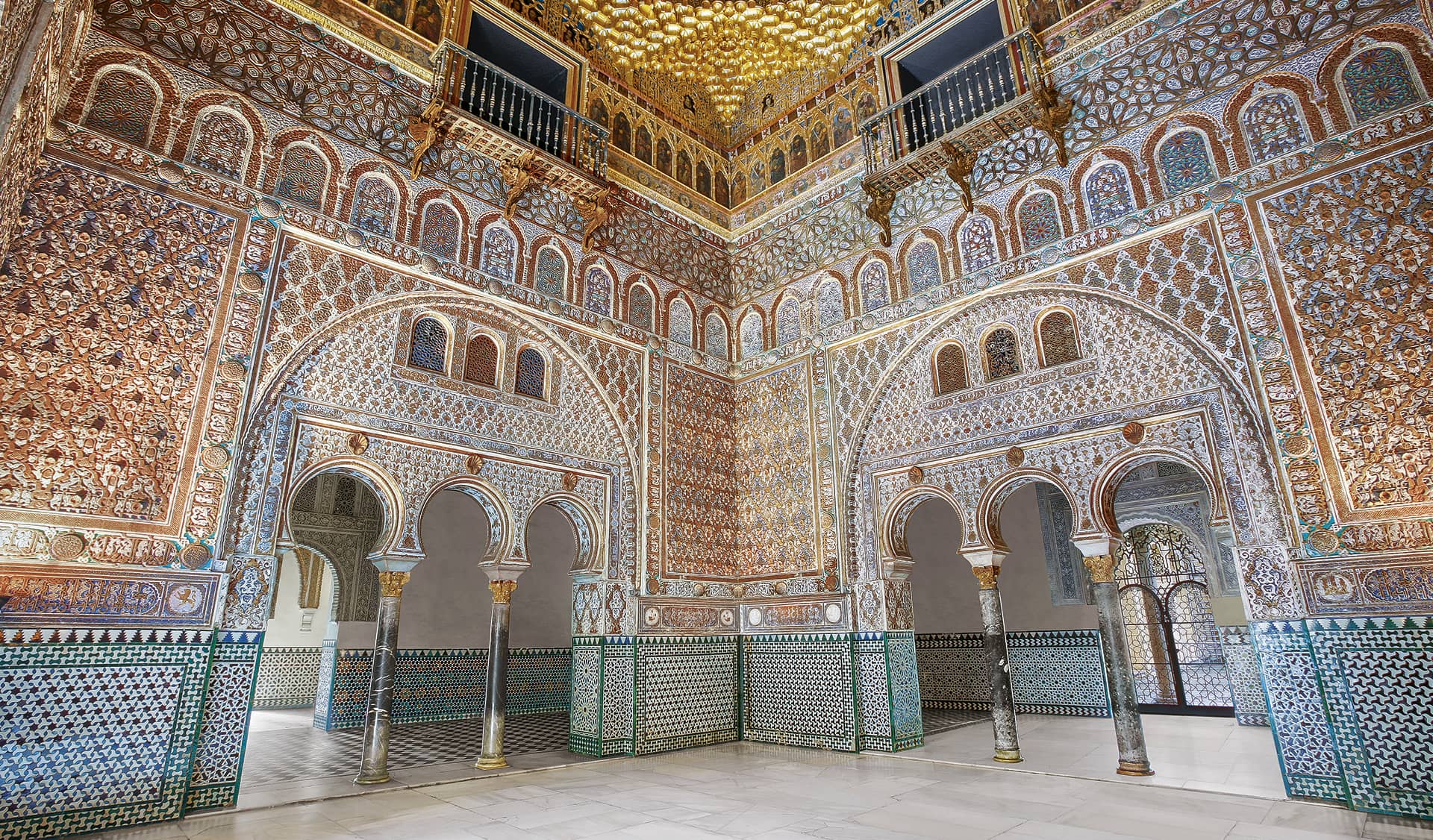 Palace of King Peter I, Royal Alcazar of Sevilla, Spain

The Royal Alcazar maintained an extensive area used for gardens and cultivation during its Muslim rule. These gardens provided fresh food for the royal court, as well as having its aesthetic function.

Comparable to an other-worldly kind of oasis, the gardens featured fragrant herbs and flowers were planted, trees were ordered into geometric patterns, and ponds. Even fountains and water jets were installed to add an extra sense of tranquillity.

Renovations were carried out in the gardens seventeenth and twentieth centuries, using trends and influences from Mannerism, Romantic Naturalism, Historicism and English landscaping. 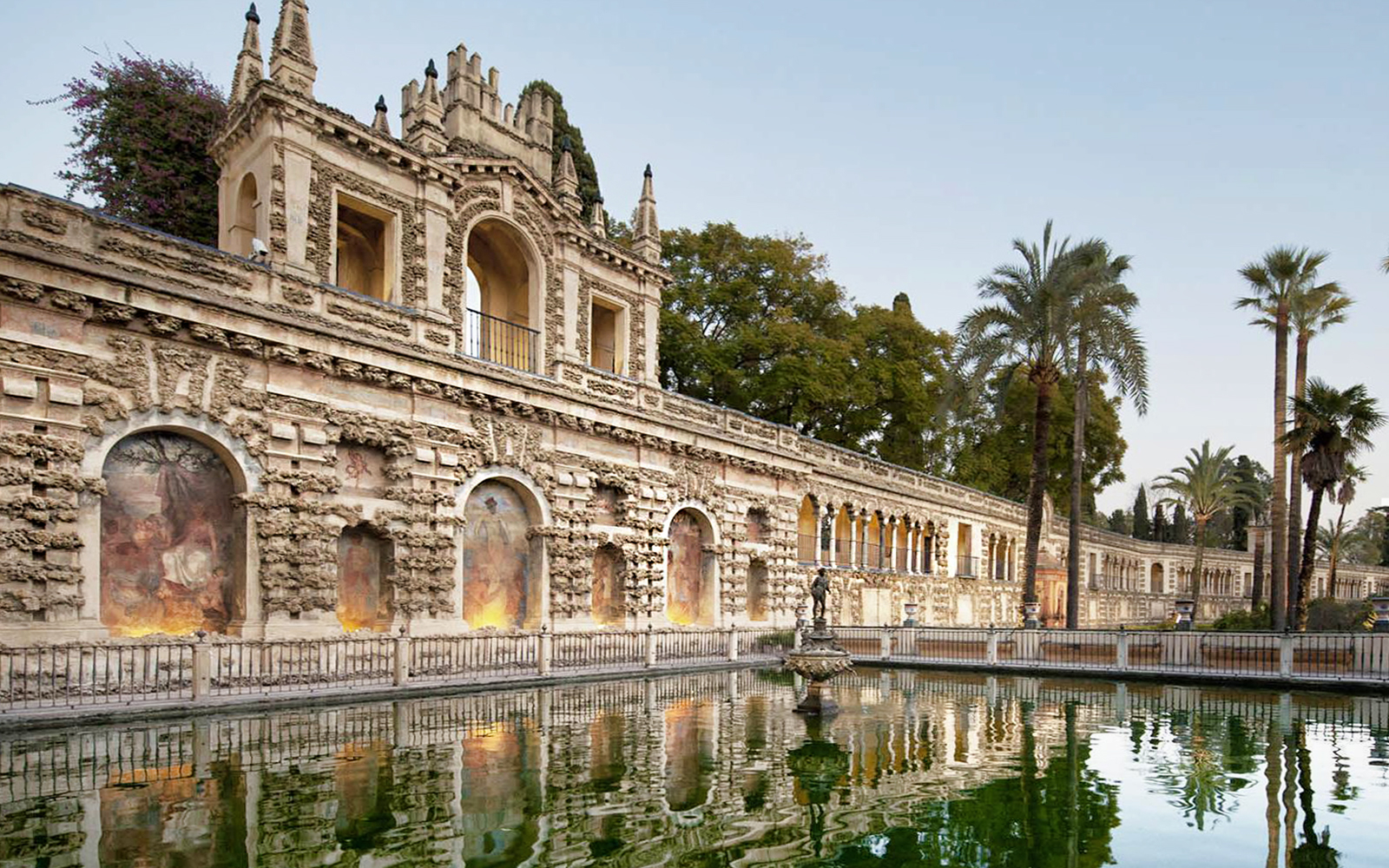 The Royal Gardens, The Royal Alcazar of Sevilla

The House of Trade

Constructed in the 16th century, is the Renaissance-style palace known as the House of Trade. It served as the main headquarters for bringing goods from the new world. It is said that this is the place where Columbus signed the contract for his famous voyage in 1492 with Queen Isabella, to sail to the Indies. 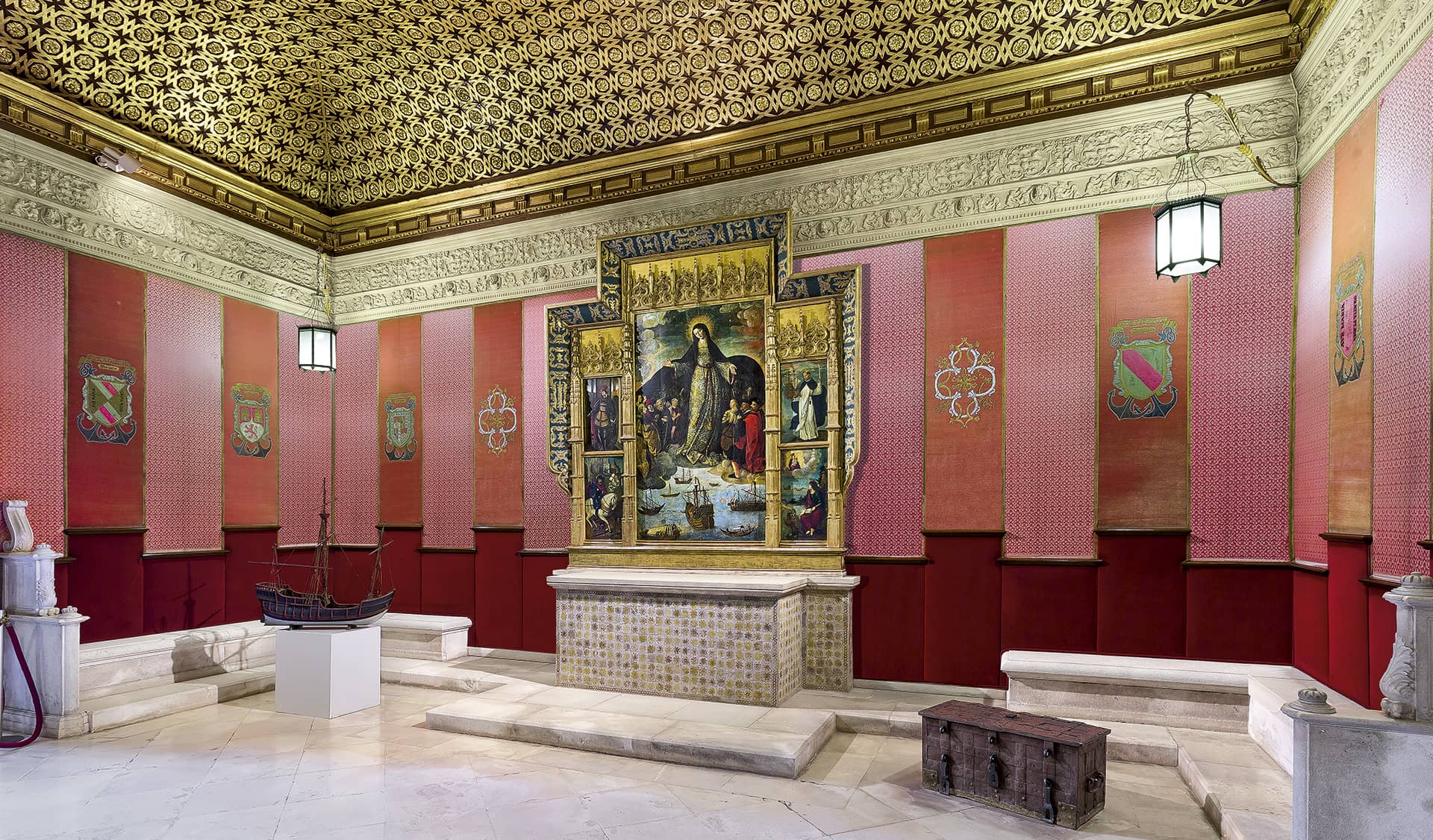 The House of Trade, The Royal Alcazar of Sevilla