At the helm of celebrated culinary chef Quique Dacosta, Deessa is the Mandarian Oriental Ritz restaurant where he’s after his third Michelin star. 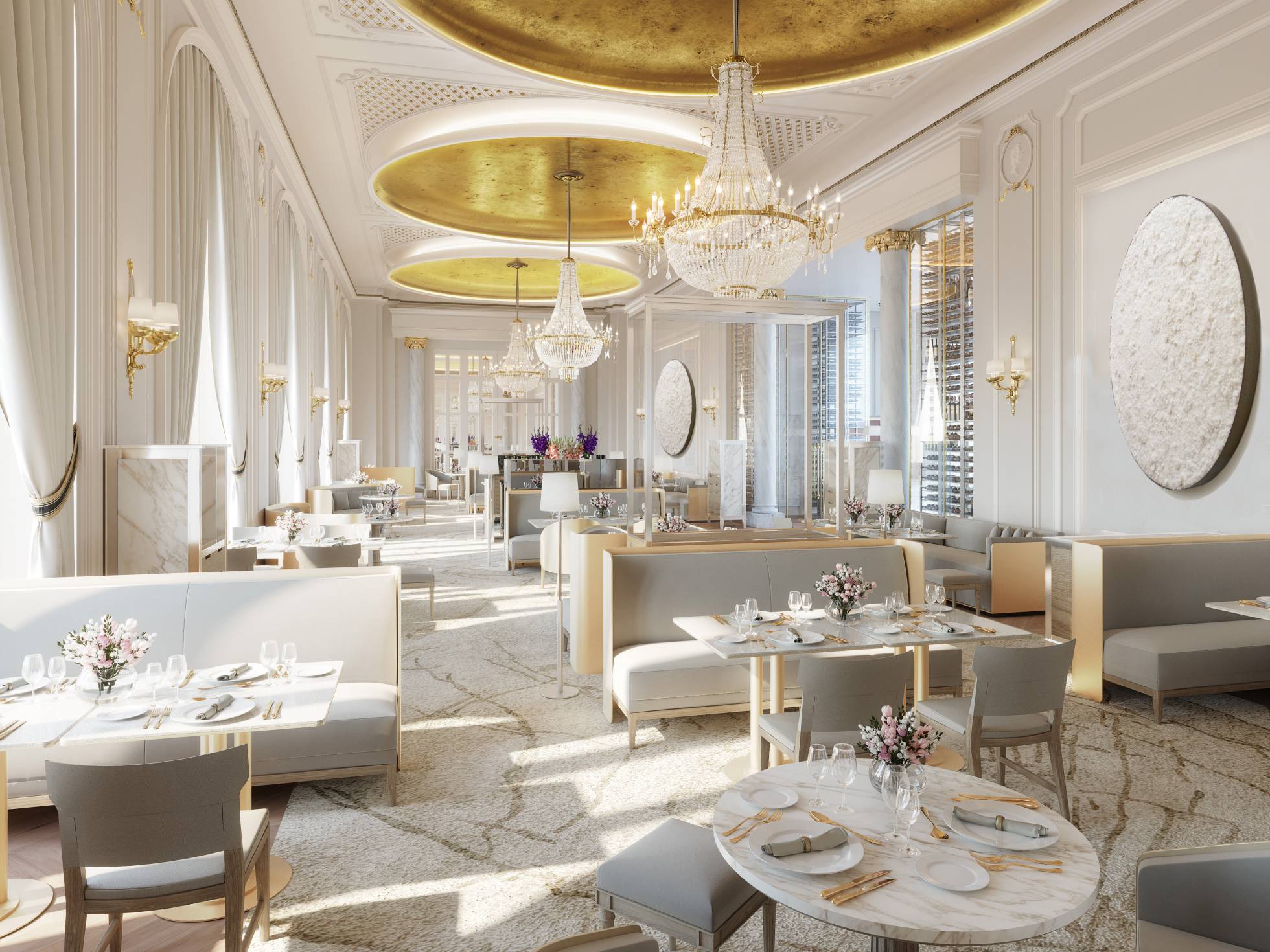 This space in the Mandarin Oriental Ritz could be Quique Dacosta’s most ambitious and luxurious proposal yet. Already in possession of five Michelin distinctions over his illustrious career, Dacosta is now seeking his third star for his latest endeavour.

Having opened in Madrid in April of this year, the phones are constantly off the hook with people fighting for a reservation. As gastronomic director of the Mandarin Oriental Ritz Madrid hotel, Dacosta reveals that its cuisine is based on flavour, creativity, technique and beauty.

Set in a historic and emblematic setting, Deessa has recently undergone renovations, with the end result interpreting an ambience of pure contemporary luxury.

The Champagne Bar comprises a carefully designed list of small bites in the Palm Court, and then the elegant Ritz Garden offers casual recipes including salads and paella rice fishes. And so, the gastronomic hotel is divided into these three sequences, making up three restaurants altogether of different prices. 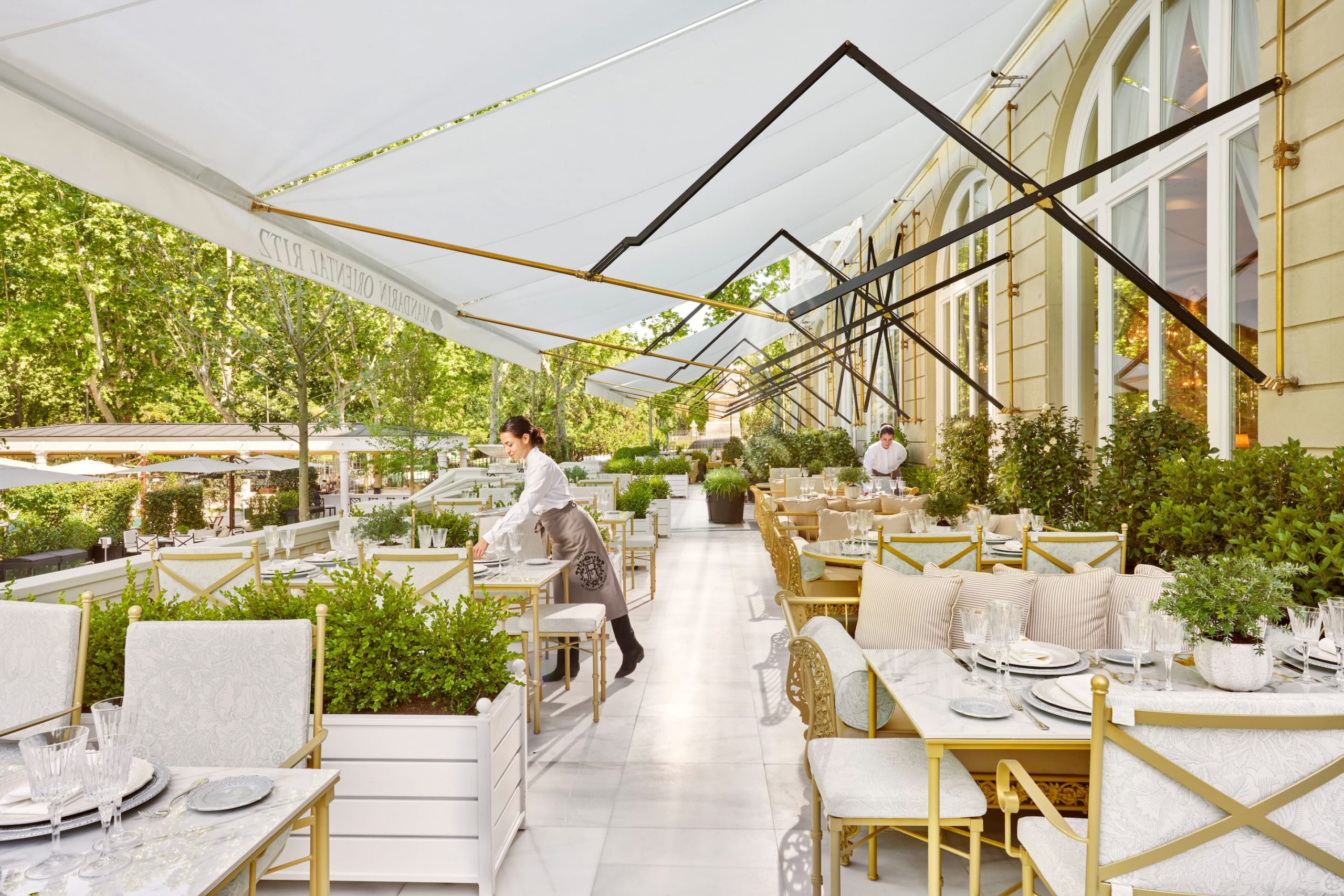 The Ritz Garden, one of three dining areas

Originally from Extremadura, Quique Dacosta has been developing his professional career as a chef since 1986. He began working in the kitchen at the tender age of 14, researching books by the world’s top French chefs with varying culinary techniques.

As a result, this ignited his passion for food and nourishment. an interest in food that went beyond mere nourishment. At the age of 18, he began to hone his skills and experience by visiting the best gastronomic restaurants in Spain at the time.

In 1988 he started working in El Poblet, which initially offered Castilian cuisine, and then moved on to local seafood cuisine. This is the restaurant that went on to become Quique Dacosta in Denia.

He began to innovate the way food was prepared in traditional Alicante, Valencian, and Spanish cuisine. Under the direction of Quique Dacosta, he would experiment and combine to create a new Valencian cuisine in the late 80s and early 90s. 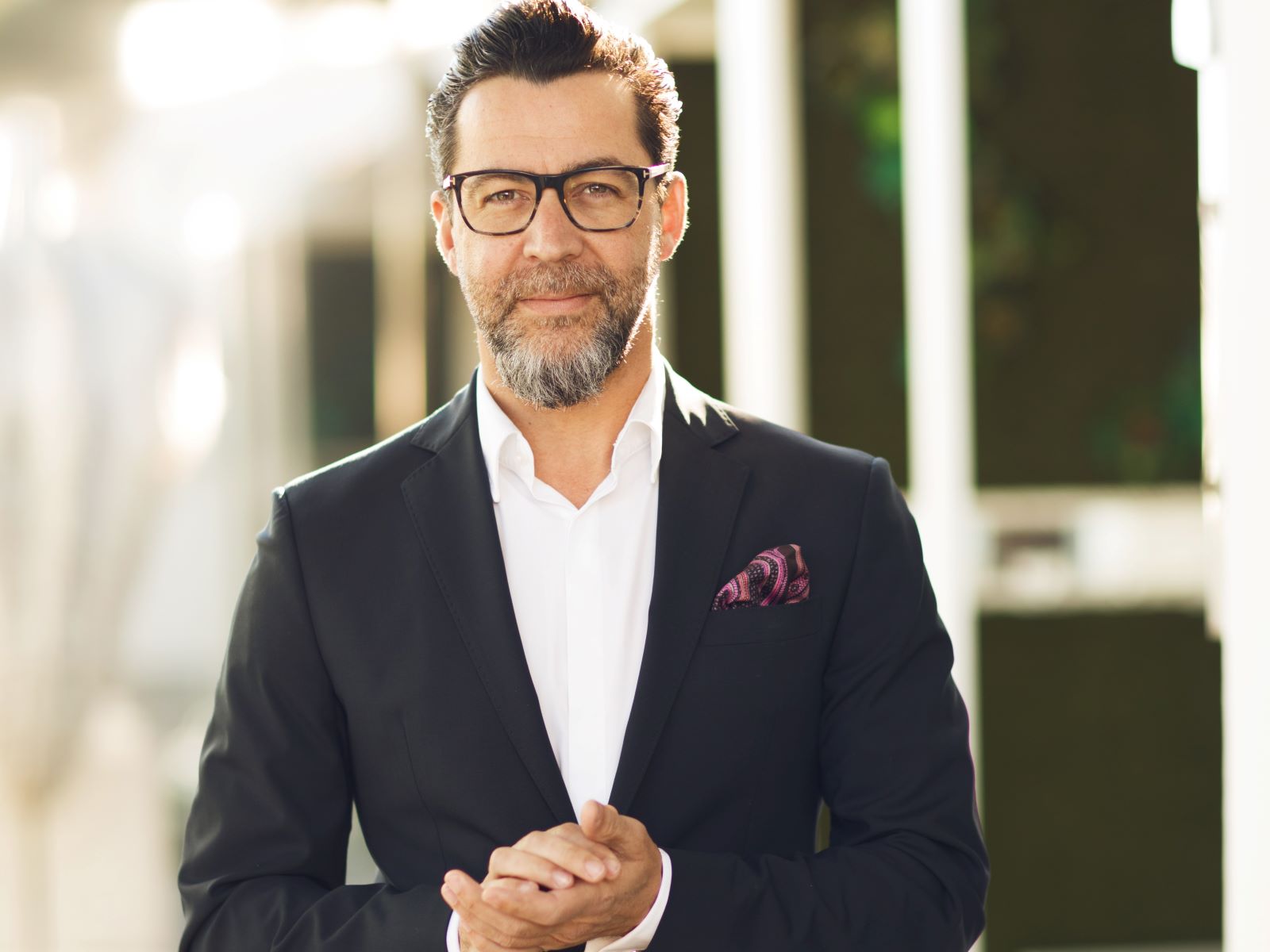 The arrival of the great chef Quique Dacosta in Madrid as culinary director of the city’s first great gastronomic hotel is quite an event. To meet the challenge successfully, he has designed five different dining spaces in the palace of the old Ritz, recently converted into the Mandarin Oriental Ritz Madrid, which complements each other: Champagne Bar, Palm Court, Deessa, El Jardín del Ritz and Pictura.

All of which are extremely elegant, they breathe contemporary modernity without losing that aristocratic air, which has been the soul of the hotel since its inauguration in 1910.

The Deessa restaurant is his most personal and daring venture. Perhaps that is why he has put one of his loyal lieutenants at the helm of the kitchen, the veteran Ricard Tobella, with whom he achieved each of the three Michelin stars he has earned at the Quique Dacosta restaurant in Denia.

Perhaps Ricard is his lucky charm because Dacosta is ready to repeat the feat in Madrid, which many say is a mere matter of time. There are few professionals more persevering, perfectionist, hard-working and ambitious than Dacosta. A chef with talent, sparkle and a lot of character, who has managed to create his own style in which flavour and beauty merge.

Starting with a subtle trout roe béarnaise, to a delicate chilli pepper soup and smoked eel, the dishes within the menu of €180 will exceed your expectations. What follows, is a tasting of various types of caviar and slightly matured mullet and ling roe.

Next, the red prawn, iconic of Dénia, a prelude to the oyster in gelatinous celery soup, which can be substituted by the famous Dacosta’s Cubalibre of foie gras, then the turbot rested in sherry, with sweet notes, and the morel mushroom rice leads to the dessert, cloud of kefir and violets, as well as the small dessert sweets. The pastries are overseen by chef Claudia Capuzzo. 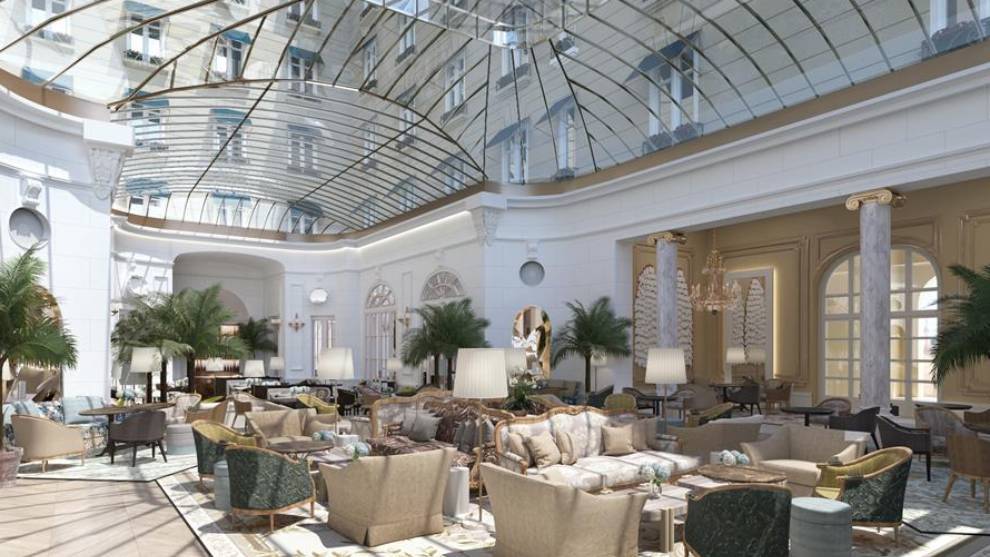 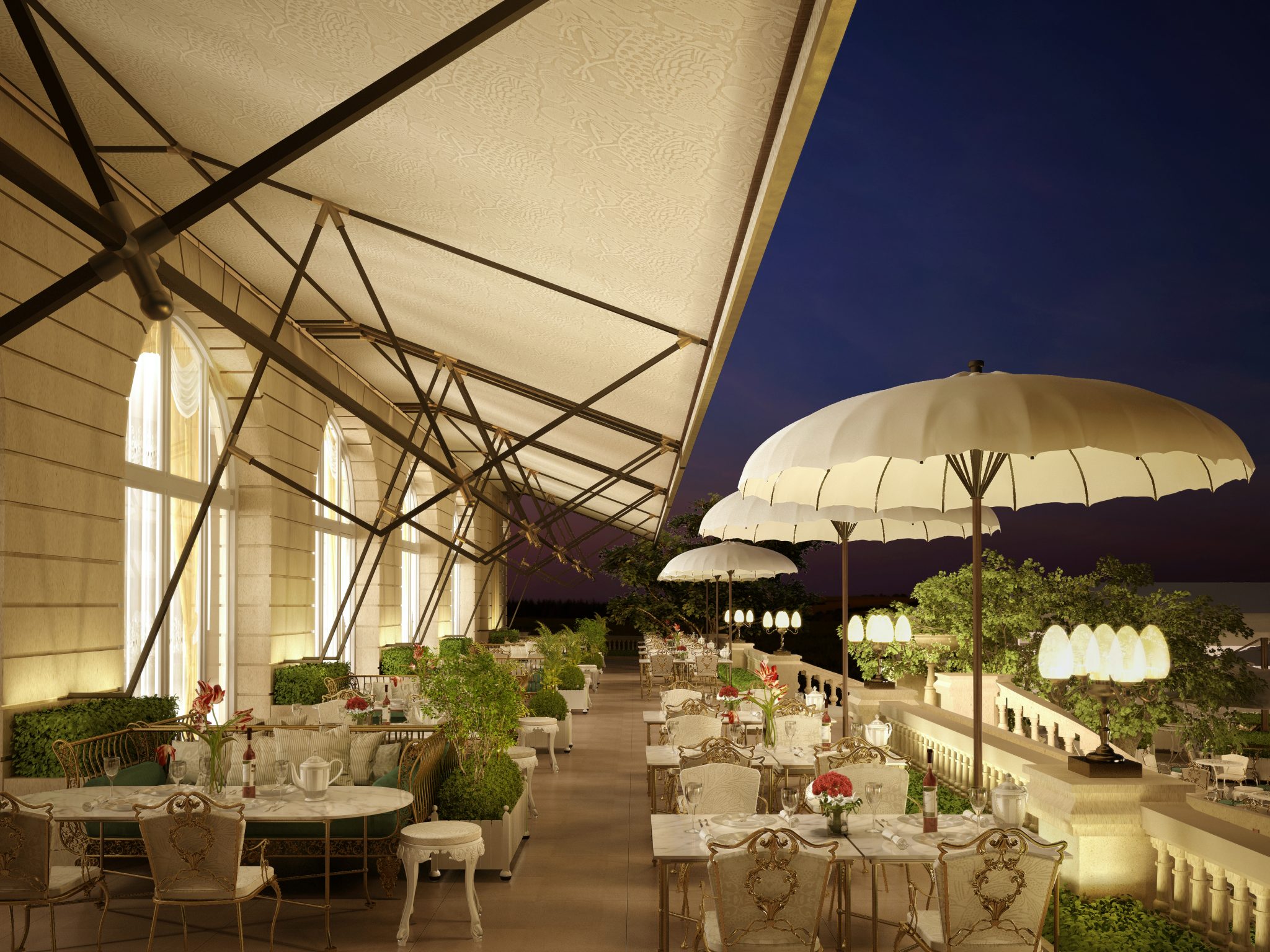