David Bustamante takes the stage of the Benidorm Palace this Sunday

Benidorm Palace is internationally known for offering the best shows, having become one of the best party venues in Europe. This Sunday you are cordially invited to attend a spectacular David Bustamante concert of his Heroes Tour in this amazing venue.

If you are vacationing on the Costa Blanca and you are a fan of David Bustamante you are in luck. You’re still in time to get your ticket to attend the concert of the famous Spanish pop singer-songwriter this Sunday at the Benidorm Palace, one of only two concerts he will offer in Alicante in July.

Bustamante returns with more strength than ever after having obtained 19 platinum records and having offered more than 900 concerts. Now he is travelling all over Spain with his Heroes Tour, playing all the successes of his career, as well as the songs of his new album, “Héroes en Tiempos de Guerra”. His first single, ‘Héroes’, went directly to number 1 on iTunes and its video clip already has two million hits. Now you can listen to these songs live with the comfort and luxury that characterises the Benidorm Palace. Get your ticket as soon as possible! 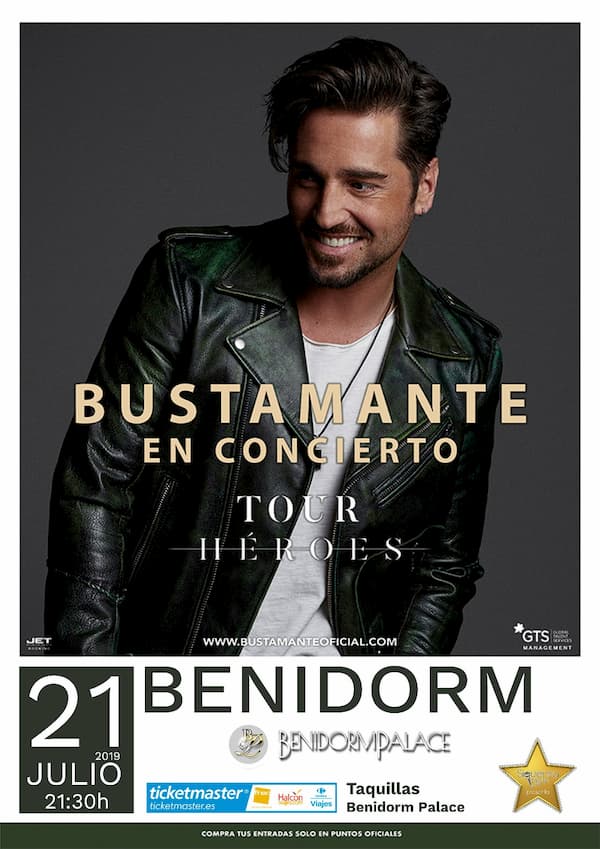 Enjoy a wonderful and sentimental concert

David Bustamante takes the stages again with his typical joy and enthusiasm so that all his fans can enjoy live his songs and the new successes of his new work, which he defines as “the best record of his career”. This album has new facets of the highly-regarded artist, surprising collaborations and a musical style that will dazzle all fans of Spanish pop music.

Feel the most melodic, romantic and charismatic version of David Bustamante at the Benidorm Palace on Sunday, July 21 at 9:30 p.m. Do not remain without a ticket, only very few are left! You can get your tickets at the Benidorm Palace ticket office or through the official channels. Do you want to know more about this fantastic party venue? In Spain Life Exclusive we tell you all the news about Benidorm Palace. For more information, please visit their website and find them on social media.

Previous articleDog’s health: The dangerous spikes
Next articleCreate the garden of your dreams