Costa Blanca Crime Queen Mai Griffin on lock-down, and why Spain is NOTHING like a war zone!

At the ripe young age of 88, Javea-based portrait artist and writer Mai Griffin has seen it all, done it all, read the books and got a wardrobe full of t-shirts to prove it. Recently, Spain Life Exclusive spoke to Mai and her daughter, sixty-something writer and publisher Gaile Griffin-Peers, about how they were coping with lockdown, and if it’s anything like the war situation some media sources are making it out to be.

Mai is the author of the supernatural murder mystery series Echoes, which begins with Ghostly Echoes, featuring psychic detective Sarah Grey. Mai’s original title was Deadly Shades of Grey, but when a certain titillating trilogy gave an altogether different meaning to the last three words, she decided to change it, to avoid comparison. She was rather put out, as she explains in her book blurb:

Ghostly Echoes was originally published as Deadly Shades of Grey. The first of the ORIGINAL Shades of Grey series, long before the others … This is a ghost story, with little or no sado-masochism … well, to be precise, it hasn’t any! We give up … our books came first, our titles were first, our books are beautifully written and crafted. We are fed-up with the assumption that this is a spin off, when – we repeat – it was written and published FIRST!

Mai doesn’t pull her punches, and both she and Gaile have a lot to say about the current situation. They are both being very good about self-isolating – in fact Mai has been more or less housebound since she injured her back last year. She’s not surprised at the speed with which the pandemic accelerated, having lived through two worldwide ‘flu pandemics in 1957 and 1968. Mai was convinced that people were not taking the news from Wuhan seriously enough, quickly enough, and she takes no pleasure from being right.

What did astonish both Mai and Gaile was how quickly Spanish supermarkets stopped deliveries, because, as she says:

You would have thought they would have been keen to keep their staff safe and keep people away from the stores. Luckily Gaile had done our regular monthly shop – no stockpiling for us, it’s just easier for her, with having me to look after.

Gaile is very conscious of only going out when absolutely necessary, but she had a bit of a scare when she had a cold, and her eyes and nose were watering. Being a top flight hypochondriac, she was convinced she was one of the Costa Blanca’s first Covid-19 cases, having Googled more than was good for her. Then she read something that made her think it was just a mild eye infection, and antihistamines would clear up both eyes and nose. 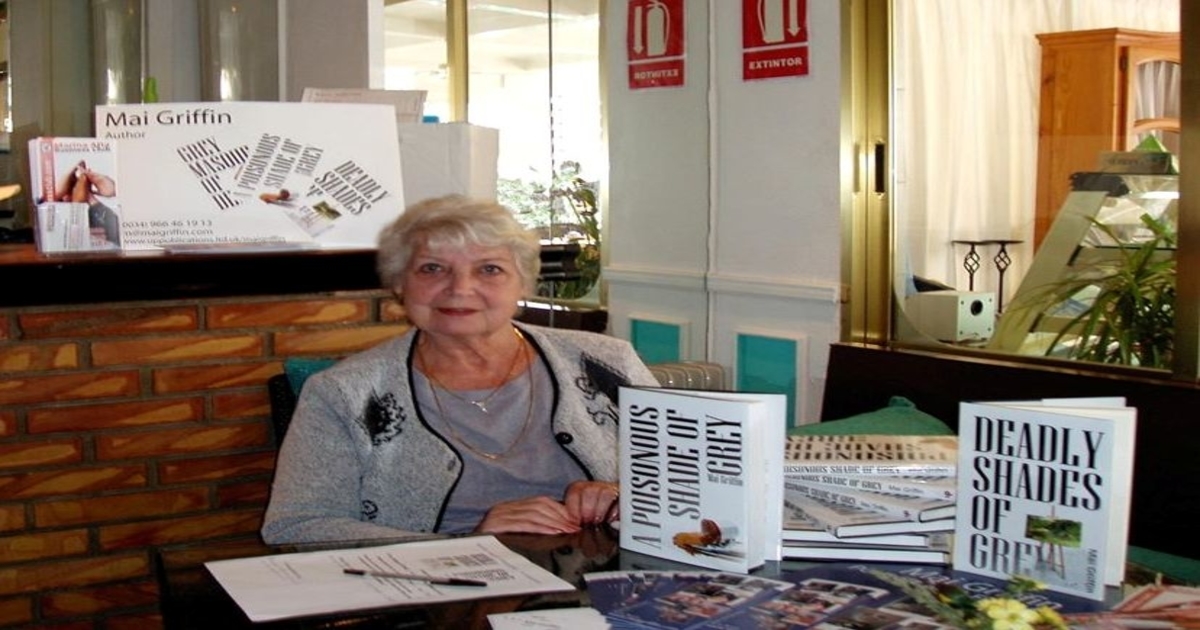 Stressing about being stopped in the street because of the State of Alarm, she looked for a scarf to cover her mouth, among some clothes she had sorted out to go to the charity shop. She found, and I quote:

Now her eyes and nose have stopped running, Gaile is more worried about her increasing forgetfulness than contracting the virus. She’s particularly concerned about leaving her mother somewhere and forgetting where she is!

The ladies are surviving the lock-down – as they get through everything – with banter and verbal sparring. Being at home is not a problem. They do most of their work from home, and as writers, they are used to solitude. And they are creative people who never get bored.

Mai is not short of ideas for future stories, and has already considered writing Covid-19 into a supernatural mystery. However, as she feels we need lighter things to get us through these dark days, she’s resisting the temptation. Instead, she’s looking at more up-beat story lines, and maybe publishing the children’s stories she wrote for Gaile when she was a child. The lockdown has certainly not impacted on her creativity!

Mai also edits books for other writers, and helps out with various websites. Contrary to the public perception that people in their 80s are technophobes, Mai is very comfortable with technology. Back in 1980, her late husband built his own computer, so if she should get bored, she can always play on the Internet.

As well as writing, Gaile curates and writes content for her popular Javea Grapevine Magazine. She is keeping that going with the help of email contributions. As a member of the National Union of Journalists, she is allowed out to report on the news, but chooses to stay at home, so as not to put her mother or herself in unnecessary danger. The focus of the magazine has changed, because restaurants and events, which form a large part of their core content, are closed and cancelled. 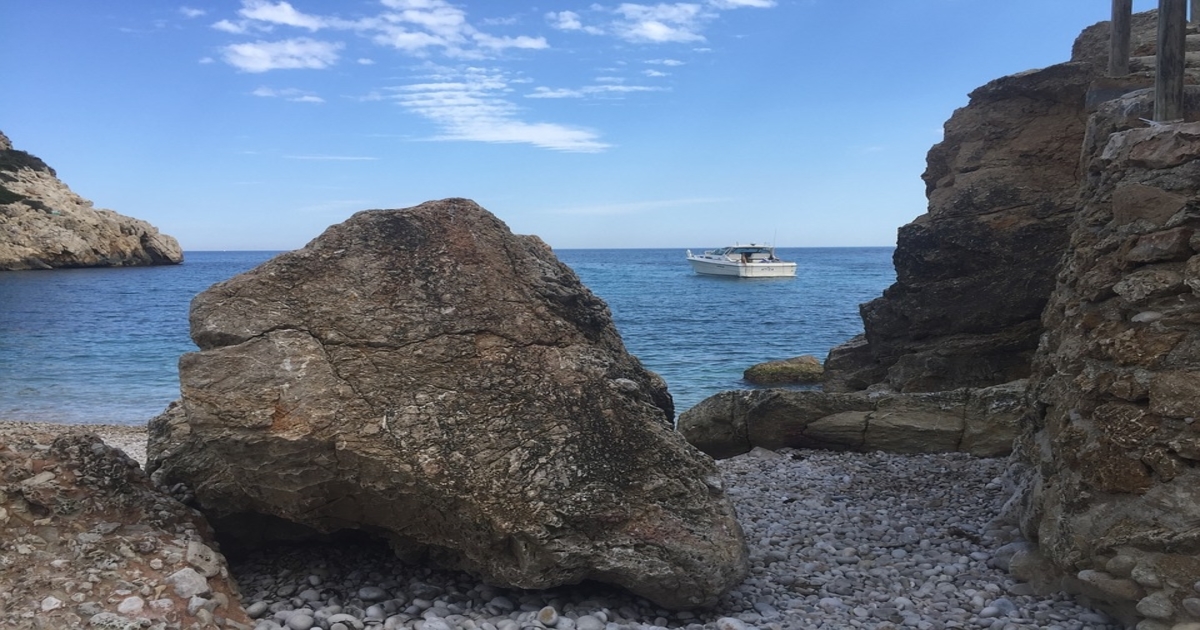 Putting on her publishing hat, Gaile is concerned that book sales will fall, as Amazon is concentrating on essential deliveries only, and printers may struggle for supplies. This could result in an increase in prices on printed books. However, as the lockdown extends, and people look to be amused and entertained, she expects sales of e-books to rise. Business wise and personally, Mai and Gaile can ride the situation for some time, as they have their pensions to keep them going and make sure the bills are paid. In this, they count themselves fortunate – even though Gaile has now run out of Marmite!

They are both spiritual people, and they are very concerned for the plight of others, who are not so well placed. Gaile says:

My heart goes out to everyone who has no fallback except for the sweat of their own labour, and who must be feeling very scared and alone right now.

What really rattles Mai’s cage is the way some members of the media – particularly in the UK – are likening the current restrictions to living in a war zone. She says:

Those who say that have obviously never been in a war zone. For a start, people in such circumstances get through by sticking together for comfort, and to keep up their spirits. We can’t do that. And there is no threat of evacuation. I was just 8 years old in Sheerness, and soon after war broke out, it got very dangerous. Our parents were told they must either move the children 200 miles away immediately, or we’d be evacuated to America!

Of course, people in Spain and worldwide are currently battling against an invisible enemy we know nothing about. Our supposed ‘allies’ are making life more difficult by panic buying essential supplies, and failing to observe social distancing rules. And just imagine the uproar if today’s citizens were forced to live on typical wartime rations of just 100 grams of bacon, 50 grams of cheese, 2 chops, and one egg per person, per week!

However, Mai is optimistic for the future, as she feels we will develop coping strategies that will stay with us once this crisis is finally over. As in wartime, we will be forced to cut down on waste, experiment with recipes to make food go further, and become less of a throwaway society, with the enforced closure of all but essential shops. We will also learn to appreciate what we have, and stop taking so much for granted.

The main reason Mai doesn’t accept the ‘Just like in the war’ viewpoint is that Covid-19 does not have an agenda – it is just doing what viruses do best, and infecting as many people as possible.  However, the writer in her can’t resist one more wartime analogy as a parting shot:

If we can ride this out, and stop the spread by obeying government directives and self-isolation, it will be ‘Over by Christmas!’ (And hopefully well before that). 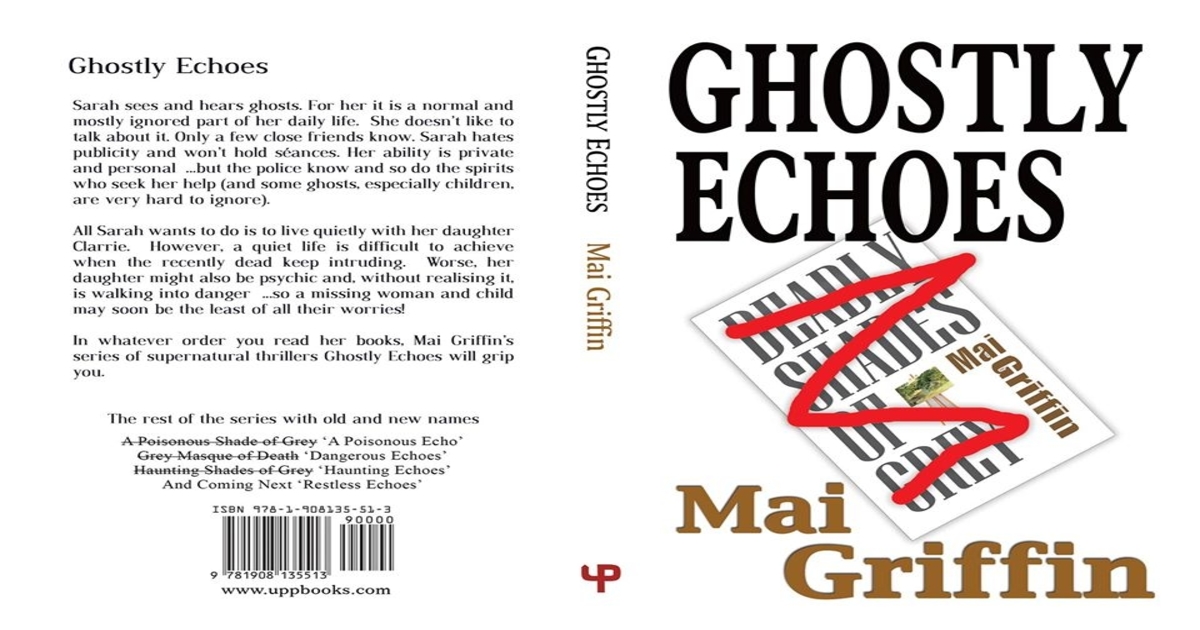