Casa Vital celebrates the tenth anniversary of their successful and tasty wines.

It has been an exciting ten years since Age Folkestad owner of the successful beautiful restaurant Casa Vital in Altea launched his first three wines as Azul blue and others.

Age Folkestad had always dreamed of making his own wine and it was a dream come true in the spring of 2011 when he with some colleagues managed to create what has been a great success. 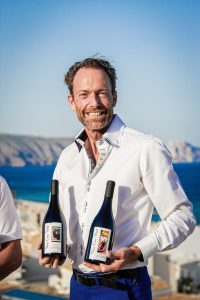 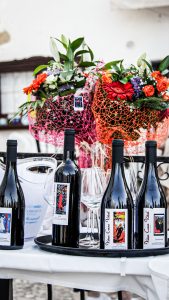 At Spain Life we wish to tell you the exciting story of the creation of his wine so keep reading on.

Age started working with Bodega Santa Margarita a few years before the launch with wine tastings at Casa Vital and they became so popular that he started wine tours as well. It was on one of the tours that he came up with the idea of making his own wine with Bodega Santa Margarita and artist Roald Tellnes. He really wanted to make some of his own wines for the restaurant and create labels with an artistic touch with Roald Tellnes motifs, so he chose to call this project Proyecto Artistico Vino Casa Vital. 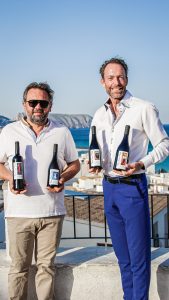 After that, the wine adventure has continued to grow and in 2016 he launched his first wine AZUL Mediterráneo that has become a huge success. 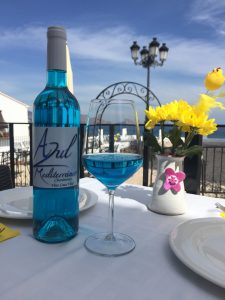 The blue wine really caught people’s attention and the marketplace and the customers really loved the wines, and the wine sales took off completely in Norway as well as in Sweden and Germany. 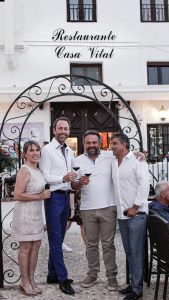 In addition to this, he started working with Bodega Antonio Alcaraz in Rioja Alaveza. In 2015 he launched his first two signature wines from Bodega Antonio Alcaraz: Millennium Casa Vital and Age Casa Vital. Millenium Casa Vital in 2010 won a gold medal the same year it was launched in 2015, and it was incredibly enjoyable. Then all the critics had to be quiet and accept and simply admit that his healthy lubrication had made it happen.

In 2018 he launched his latest wine from Bodega Antonio Alcaraz: “Thea” dedicated to his daughter’s 18th birthday.

At Spain Life, we can say that getting to know Age is actually his best wine and even a bit better and smoother and velvetier than the Millennium Casa Vital that he won a gold medal for.

The Olive Tree in Moraira is a staple of fine dining, offering its customers the perfect balance of modern and traditional cuisine in a...
Best Restaurants