Bulls, Tapas, and Culture Galore – Why You Have to Visit Pamplona

With bulls, excellent cuisine, parks, and attractions, Pamplona is the ideal Spanish getaway for the entire family to revel in. 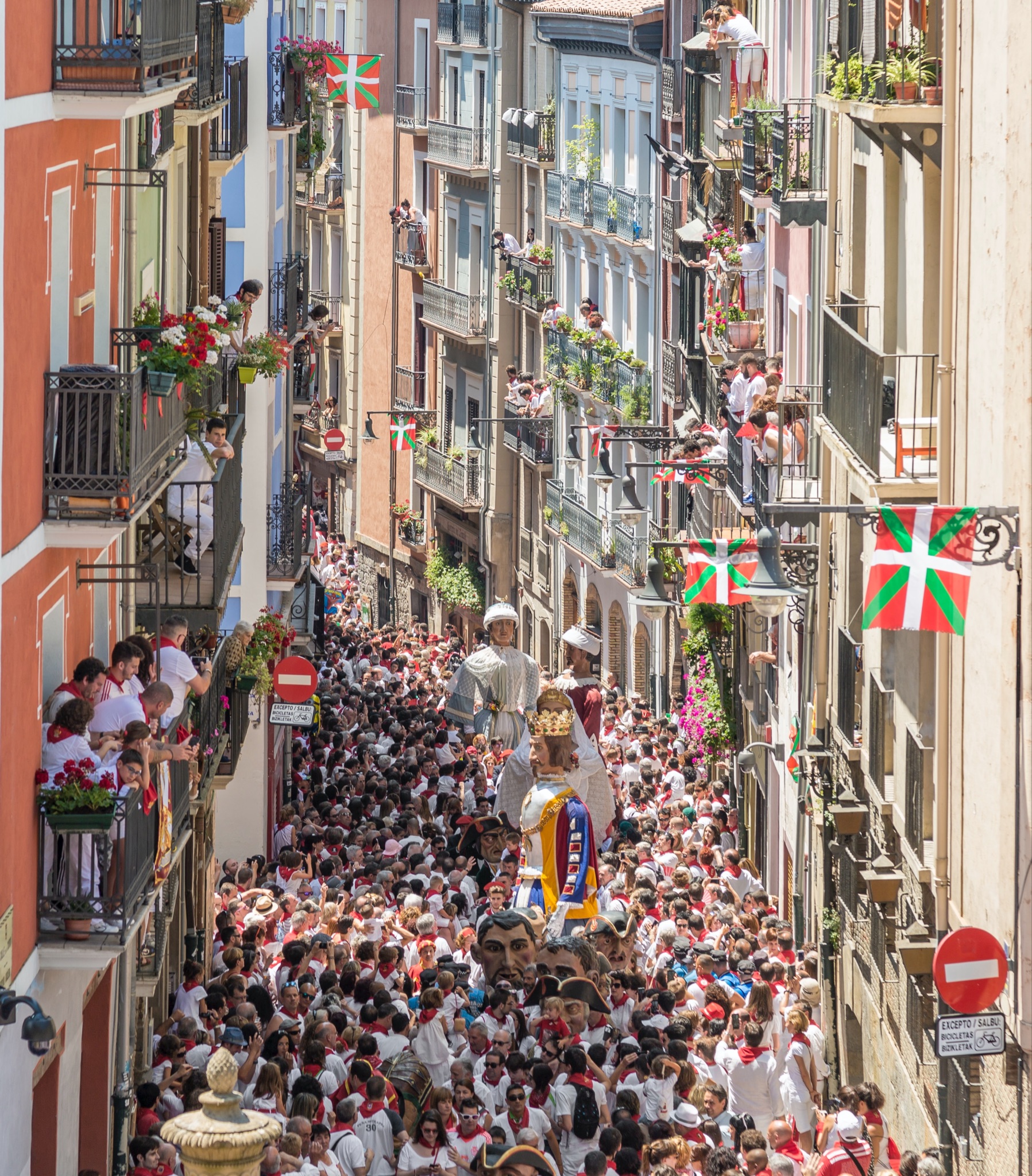 When you hear “Pamplona”, surely the first thing that comes to mind is bulls. But this capital city in Spain’s Navarre capital is so much more than that. Found in the breathtakingly stunning region of Navarre in the North of Spain, Pamplona is rich in history, culture, and exquisite cuisine.

Pamplona is known for hosting one of the world’s biggest and most exhilarating festivals, San Fermín, “Running of the Bulls”. But the Navarre capital offers so much more than that, such as its enchanting Old Town, and the citadel park.

The city can also thank legendary writer Ernest Hemingway for some of its fame. During the Spanish Civil War, Hemingway spent a considerable amount of time in Navarra where it’s said that he wrote about the San Fermín Festival in his book “The Sun Also Rises”.

Pamplona or Iruña as it’s called in Basque, is a mostly all-around chill city during the rest of the year. There’s always a steady stream of visitors, many of whom passing by as they partake in the Camino de Santiago pilgrimage. The city is pretty easy to get around in and the locals are very friendly, for the most part.

Here’s what to expect in this beautiful, well-preserved medieval city centre:

The Running of the Bulls Festival starts on July 6th and lasts for a week. You can expect the city to be overflowing with visitors, where hundreds of people run in front of bulls down a narrow street to evade being taken out by them. This is done in jest and high spirits as the actual run only lasts for a few minutes until the bull ends up in the bullring. 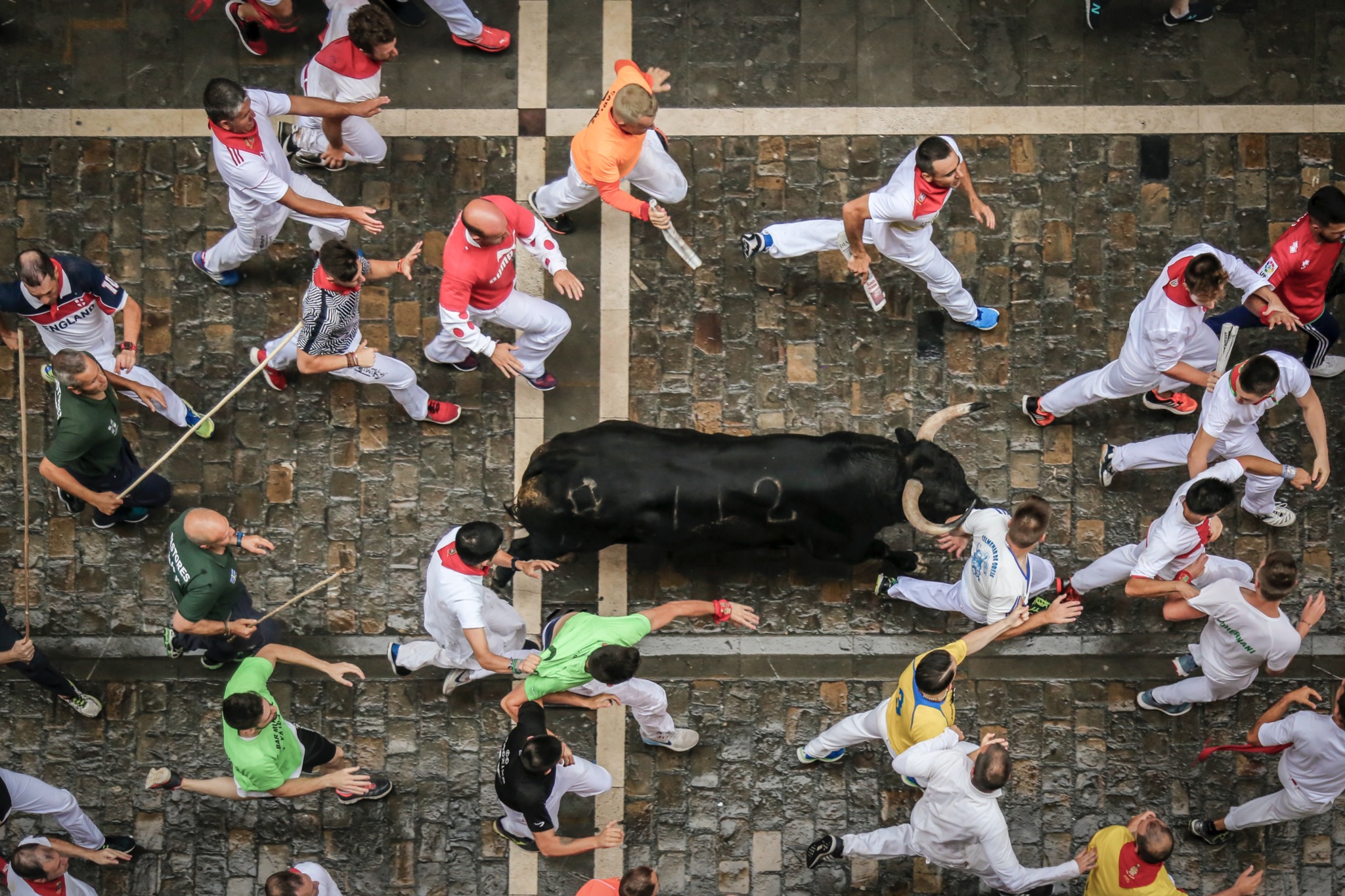 Pamplona boasts many prime restaurants serving pintxos, the typical Basque tapa of this region of Spain. Pintxos are a kind of appetizer, of various finger foods served on pieces of bread. It sounds really simple but we assure you, they are absolutely delicious! 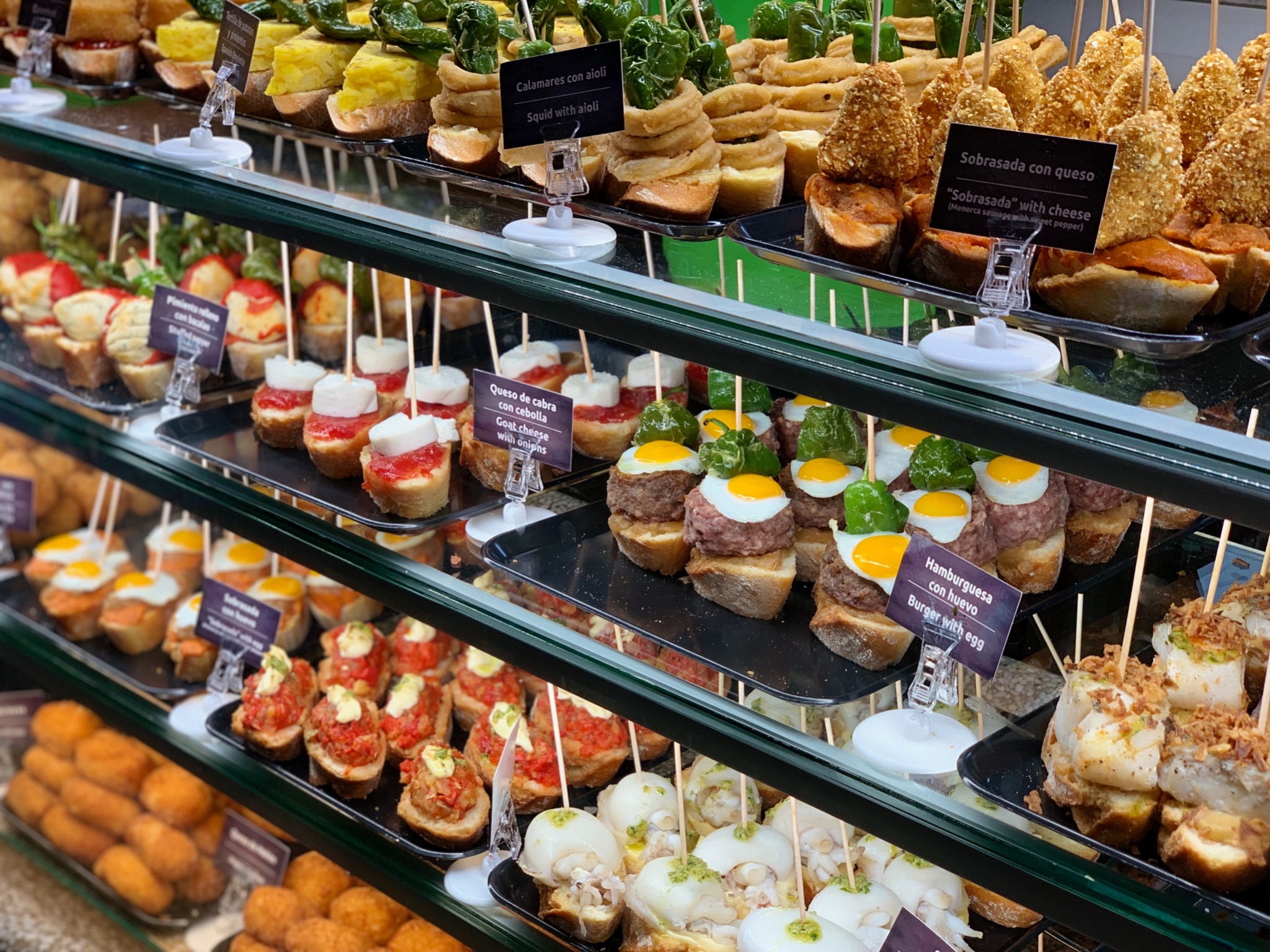 Pintxos – Typical of the Basque country

To truly experience the Basque food culture, we recommend that you “ir de pintxos”, translated as to go for pintxos. This is a deep-rooted custom to go and sample the local delicacies by bar-hopping your way through the city, trying all the pintxos on offer. Make sure you head to the oldest part of the city, La Naverrría, to savour the cities best hot spots.

Pamplona’s highly-acclaimed Old Town is surrounded by medieval city walls, where you’re sure to spend hours meandering. Build by Philip II of Spain in 1571, visitors can explore the old citadel, truly getting lost in its splendor. Other historic cites can be found at La Catedral de Santa María la Real de Pamplona as well as the Church of Saint Lawrence, originally built as a church-fortress in the 14th century.

For those looking to shop, quaint boutiques and souvenir shops are found along Avenida Carlos III in the Old Quarter.

Pamplona is a great place to bring the little ones, with an abundance of recreational parks and breathtaking outdoor space. The city is considered to have one of the highest standards of living across Spain, and it’s not hard to see why. 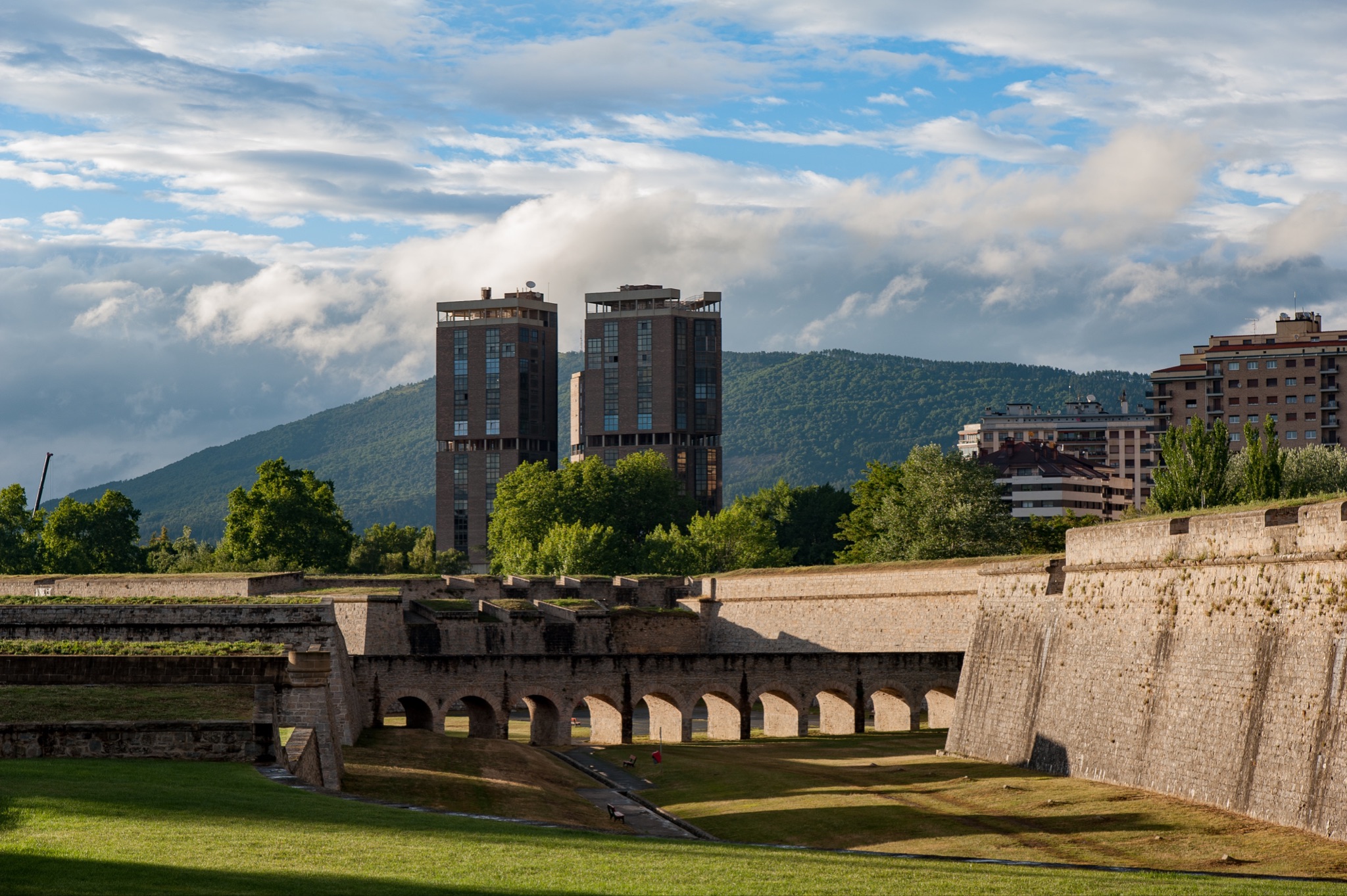 With the Pyrnees to the North, this enchanting region has a rich history and is home to many small historic towns. You’ll find plenty of stretches of green valleys, rivers, and forests as well as natural parks for the ultimate city getaway.

Previous articleAlhambra: A Jewel in Spain’s Crown
Next articleLooking For A Charming And Exclusive Venue To Celebrate Your Wedding In The Costa Blanca?