Based on the old Alicante tradition of candle fishing, BonAmbs’ prestigious chef Alberto Ferruz gave a fascinating presentation in the Gran Via venue at the Alimentaria event in Barcelona. 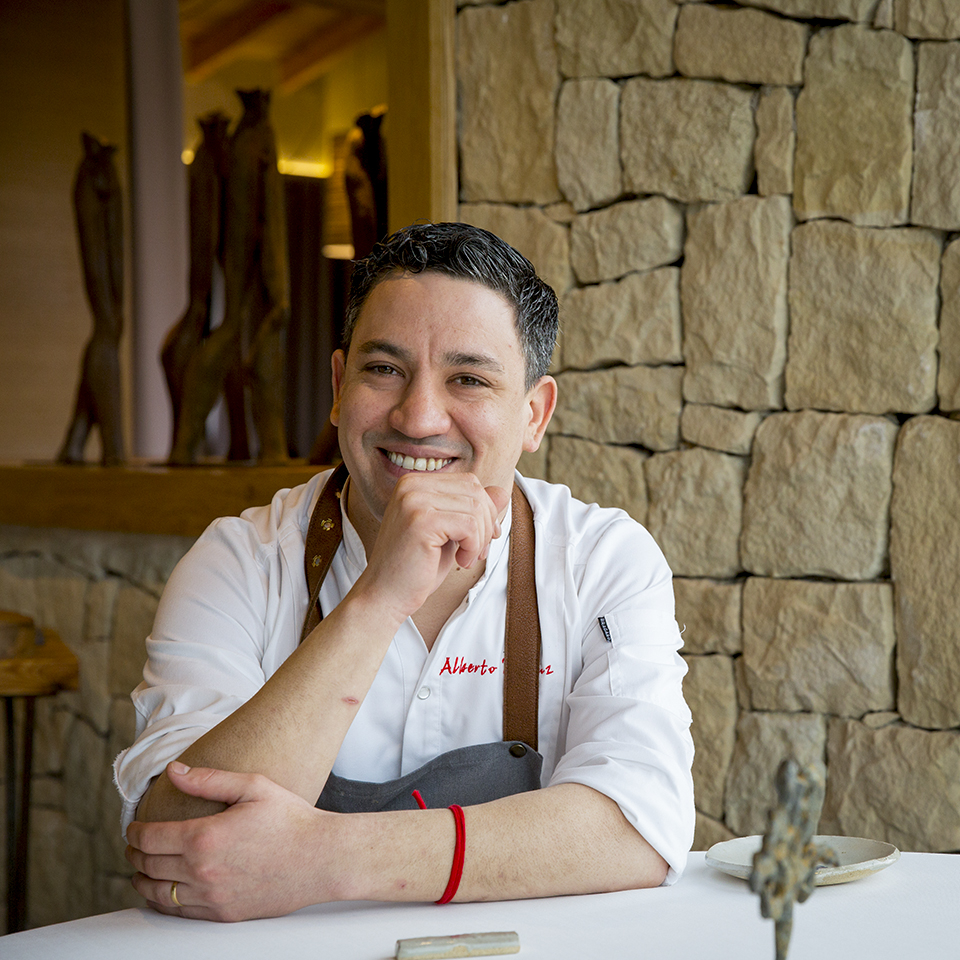 In accordance with the 2022 theme of L’Encesa, the inspiration behind the workshop is the old fishing tradition of la pesca al candil, which translates to “candle fishing”. This is a millenary fishing art that was used on the cliffs of the Marina Alta in Alicante.

It consisted of lighting a spot of light projected over the sea in order to attract fish of high market value. Some brave countrymen, not professionally dedicated to fishing, put their lives on the line every winter night to try to make a better life for themselves.

This workshop took place in the Gran Via Venue at Alimentaria on Wednesday, April 6th 2022. The focus of the masterclass was: 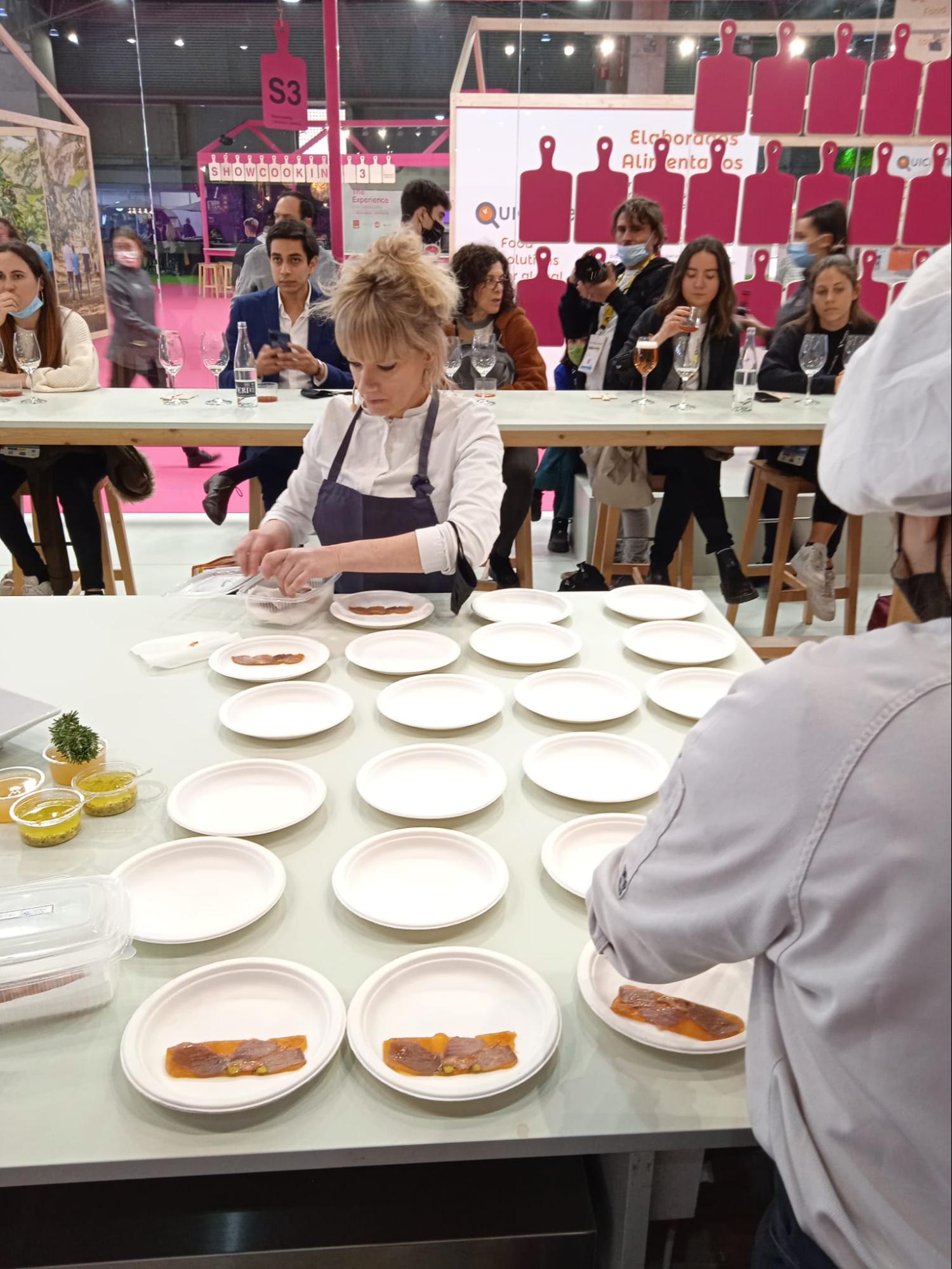 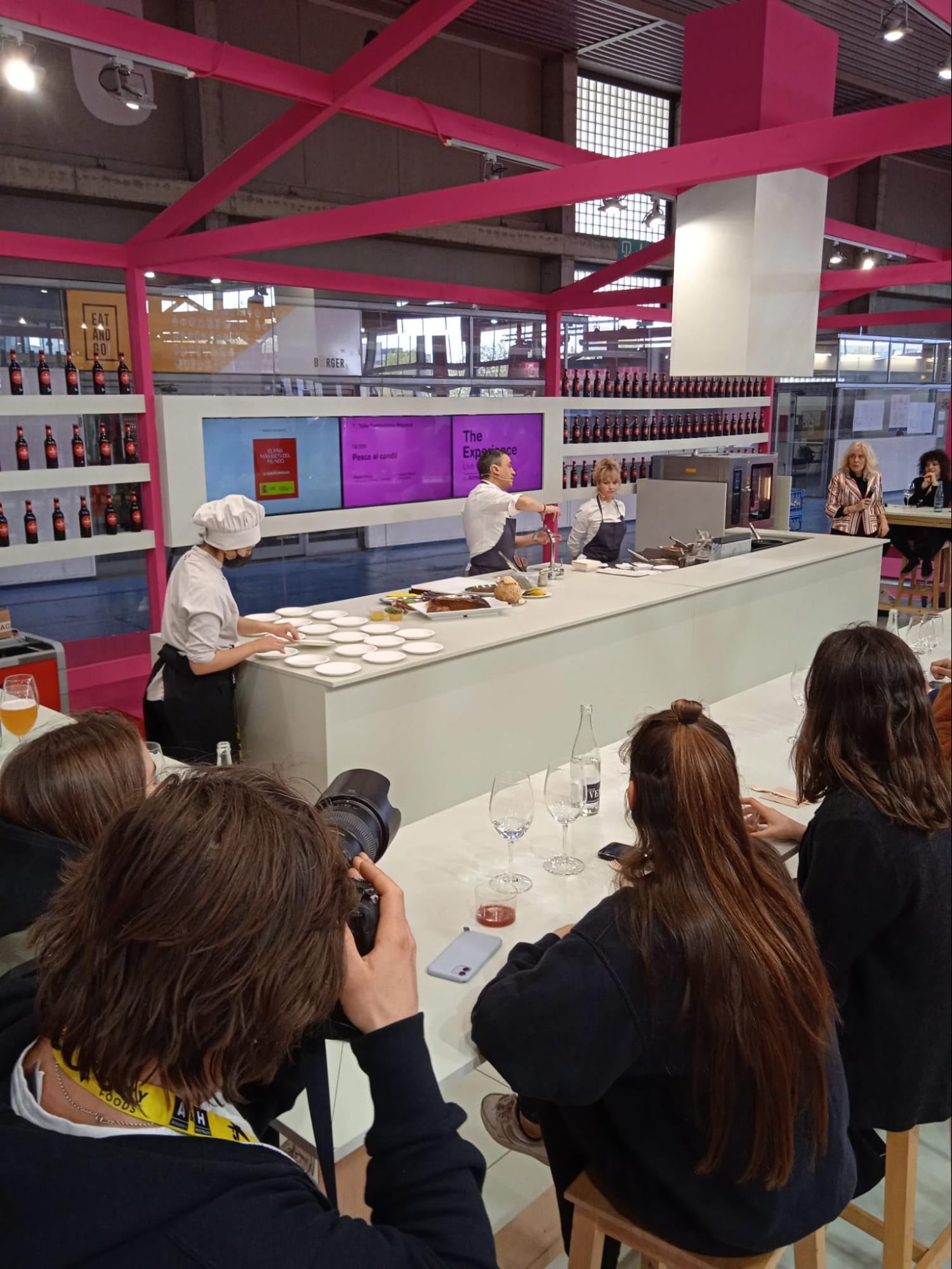 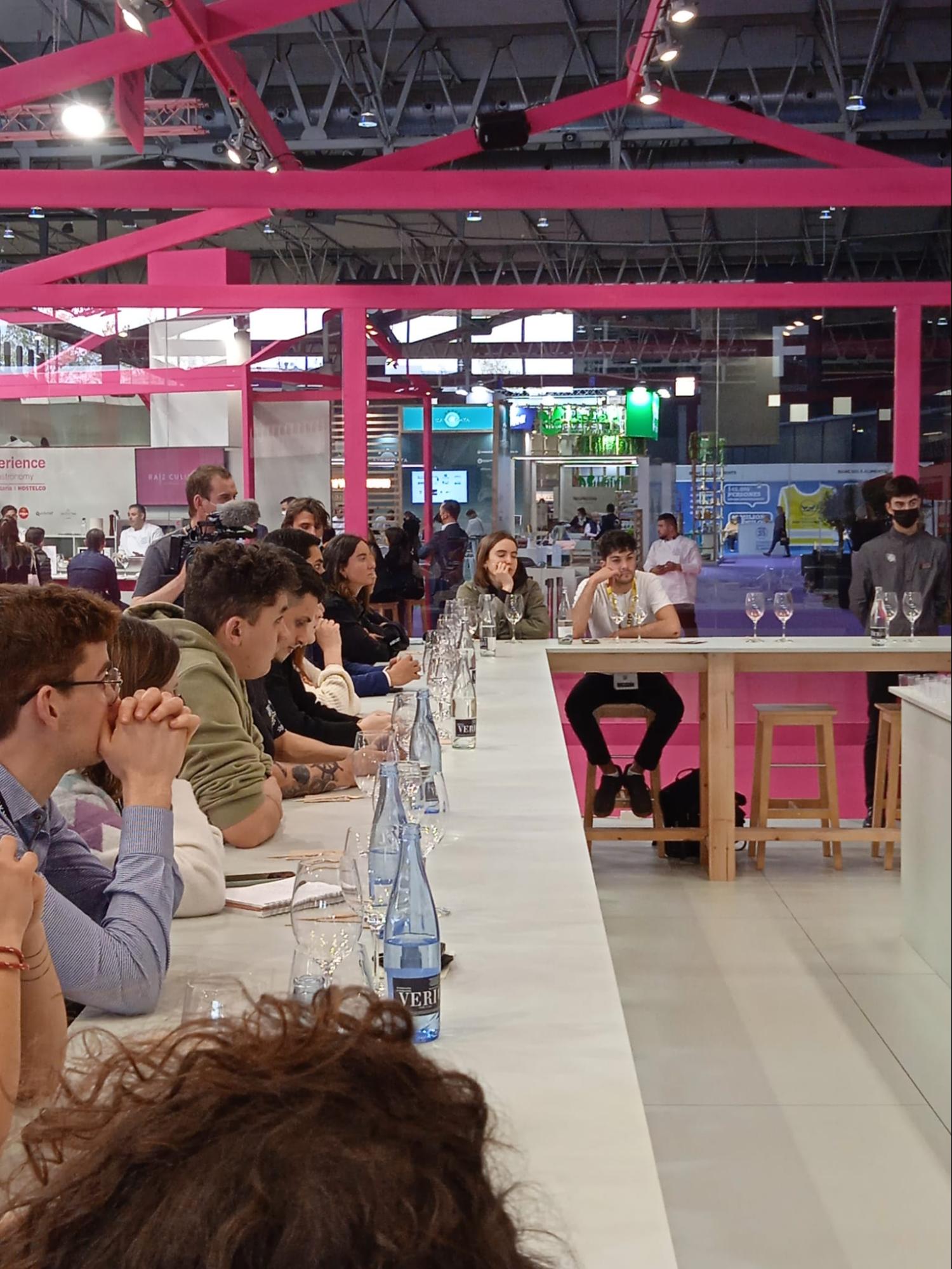 The presentation lasted an hour, in a stage-like kitchen set up with hob, griddle, work table, mixed oven, microwave, fridge and sink. There was a table / bar set around the kitchen for the 20 attendees. In addition to enjoying a private session, they got to try two small tastings offered by the chefs of the School of Hospitality CETT.

This space also featured a screen for the projection of audiovisuals to support the live cooking demonstration and microphone. 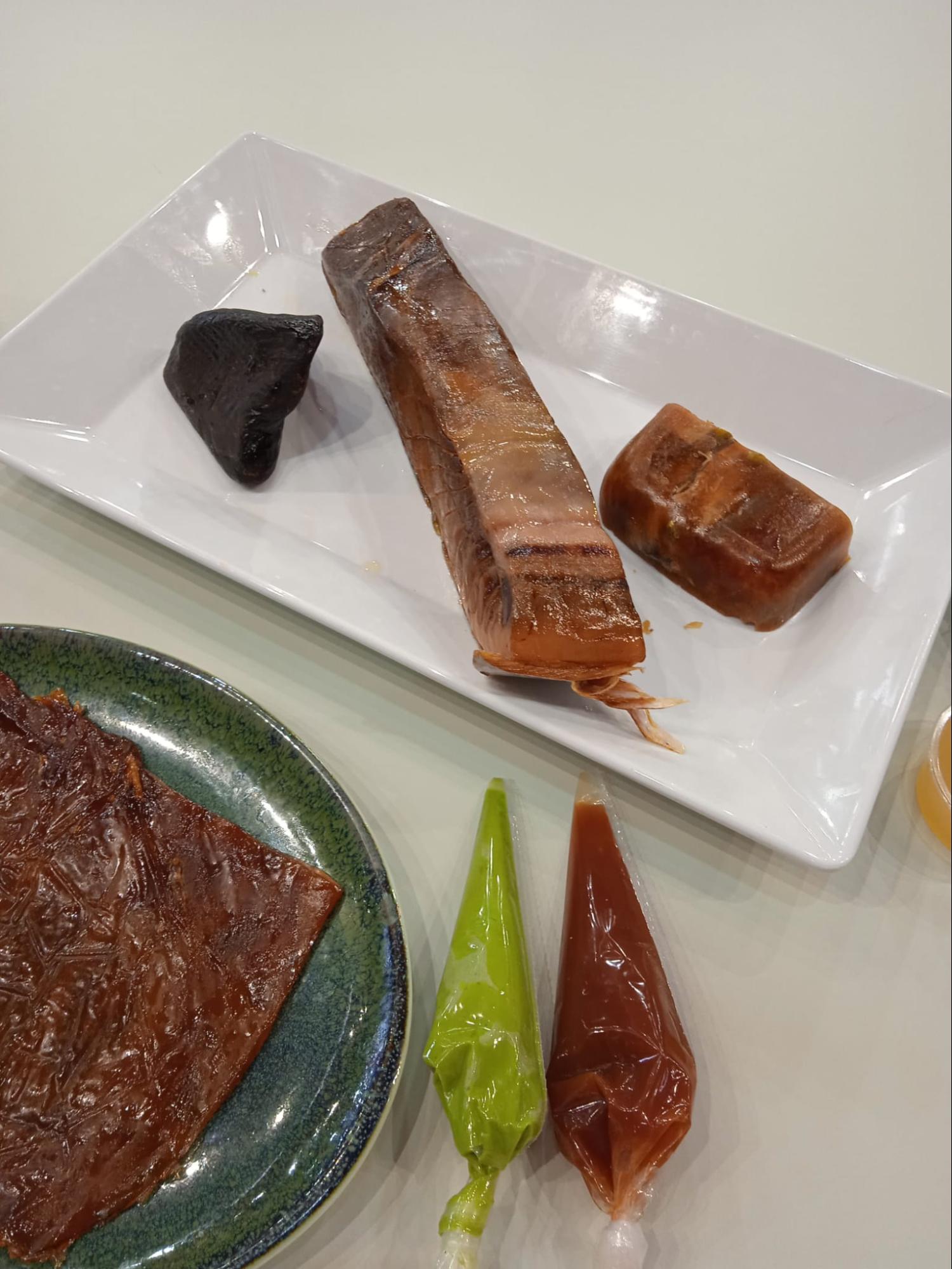 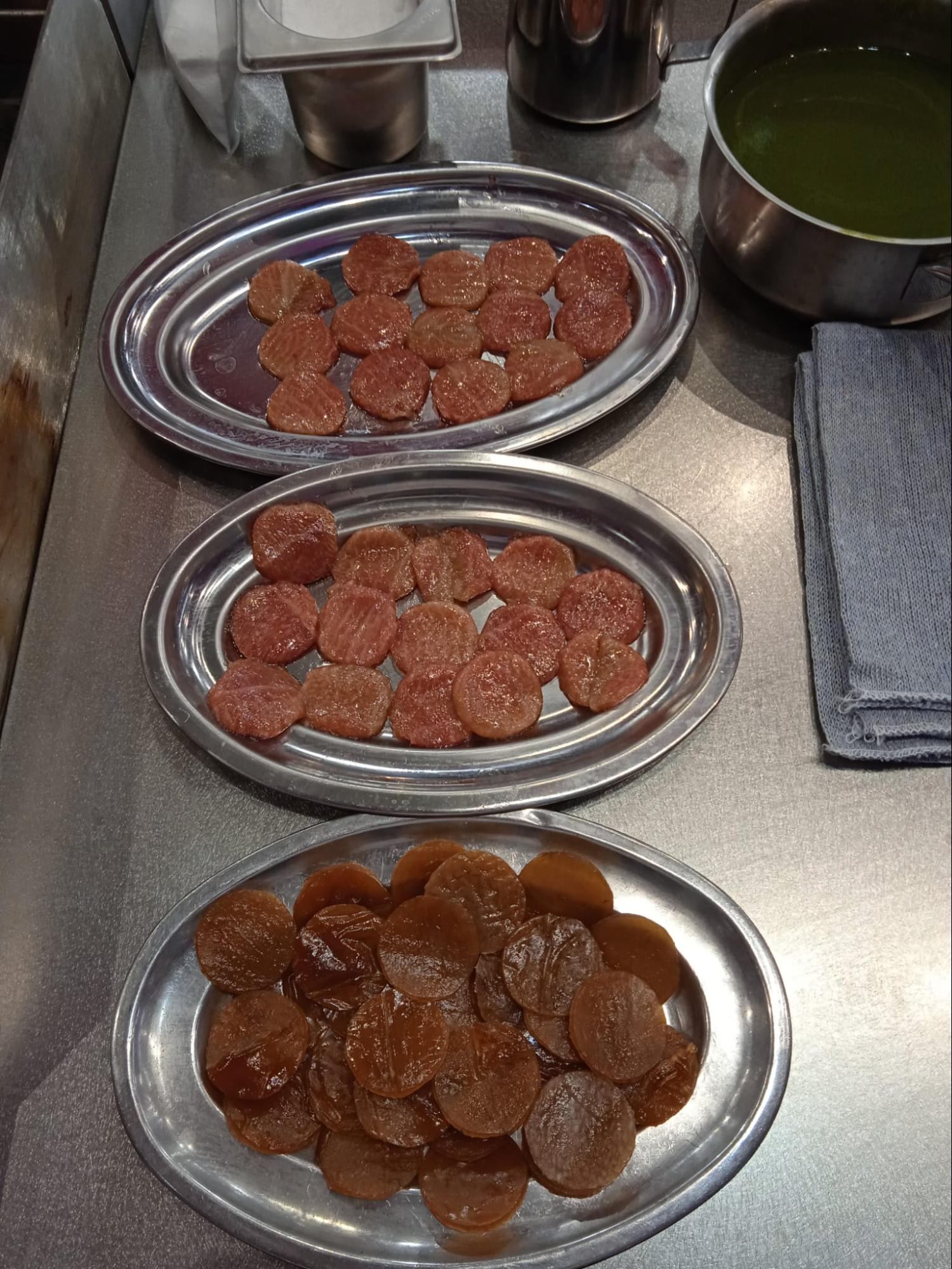 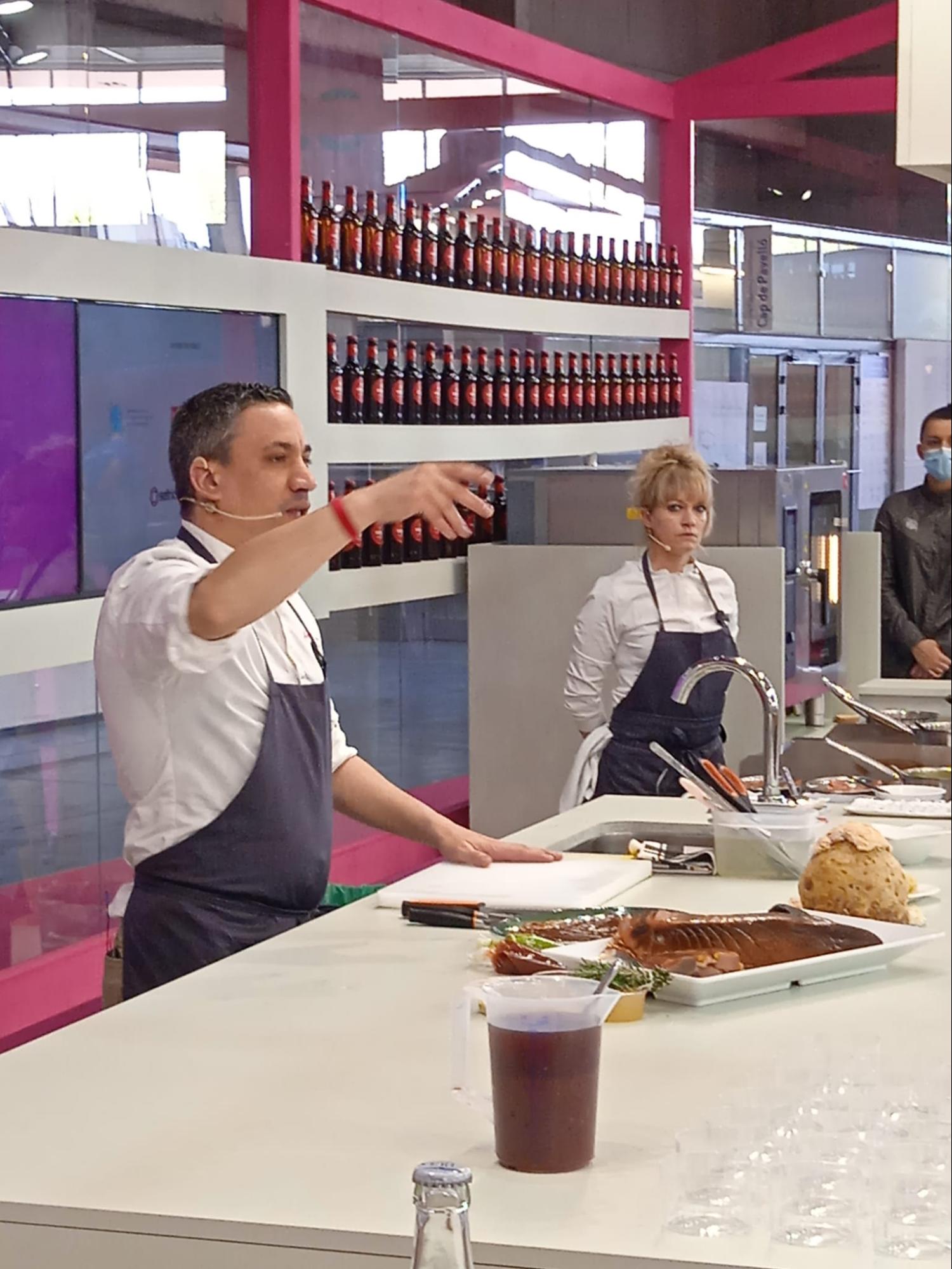 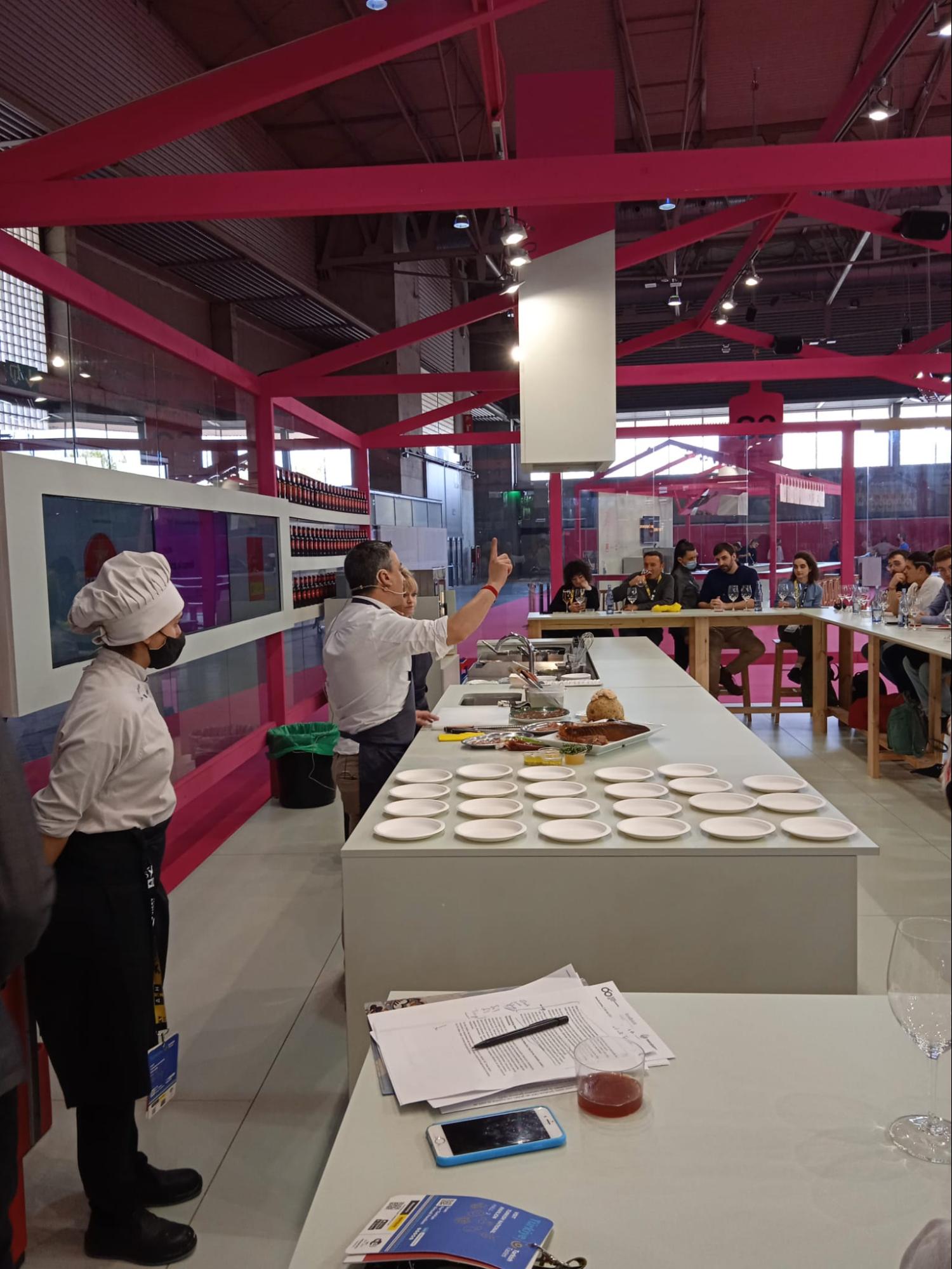 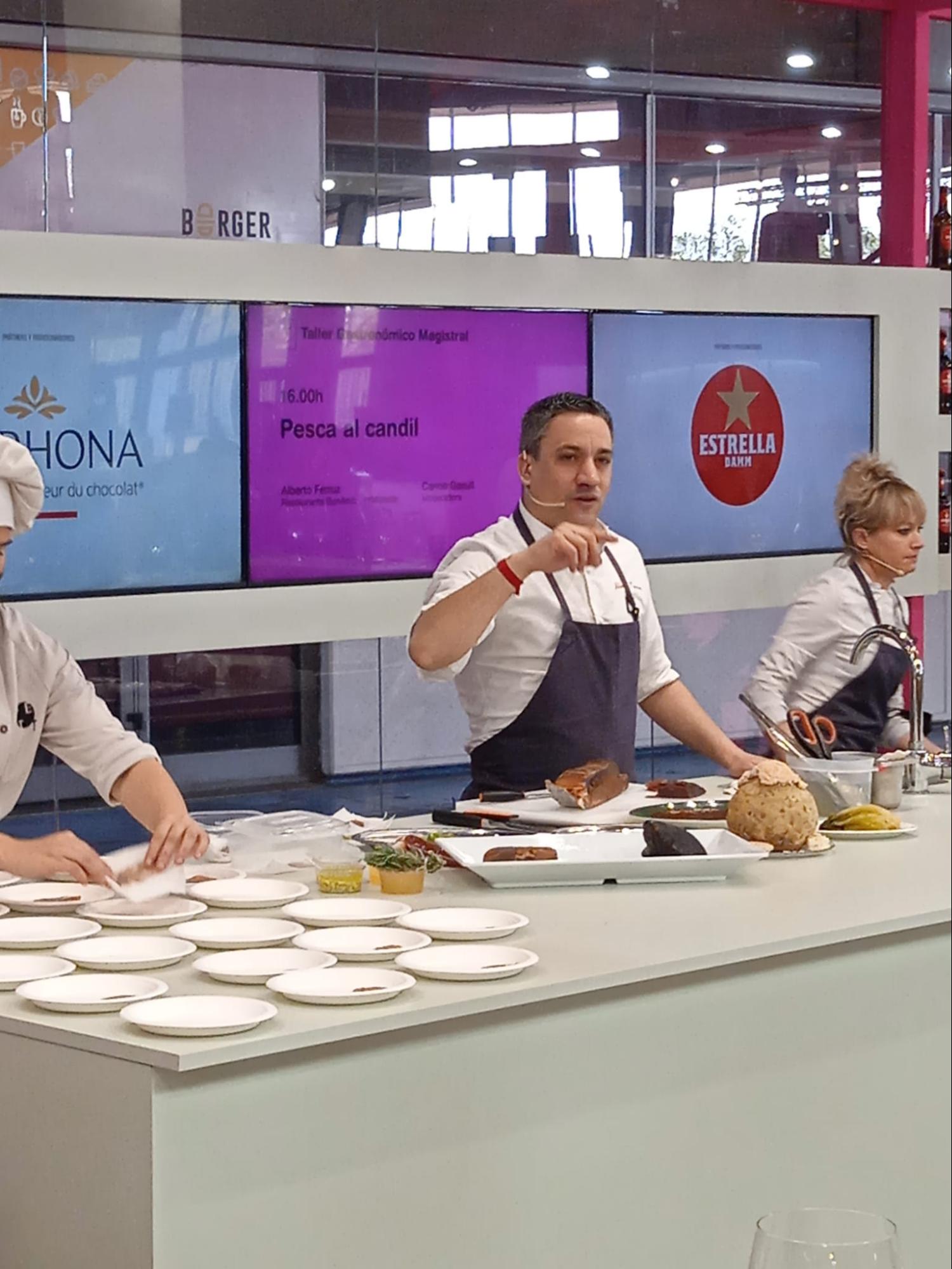 Alberto Ferruz is one of the main driving forces behind BonAmb. Under his watchful eye, both the restaurant and the chef himself have achieved, in just five years, the highly distinguished recognitions as two Michelin Stars and two Repsol Suns.

2016 is a special year for the team and the restaurant, as it was the year that the Michelin Guide awarded the restaurant its second star, thus consecrating the meteoric rise of Alberto and BonAmb, who in just five years have been awarded two Michelin Stars and two Repsol Suns.

Originally from Zaragoza, Alberto Ferruz grew up in the kitchen, as he was already working at La Bodega restaurant at the mere age of 12, which belonged to his uncle. This led to him to later go on to study catering at the Miralbueno Secondary School in the capital, Zaragoza. 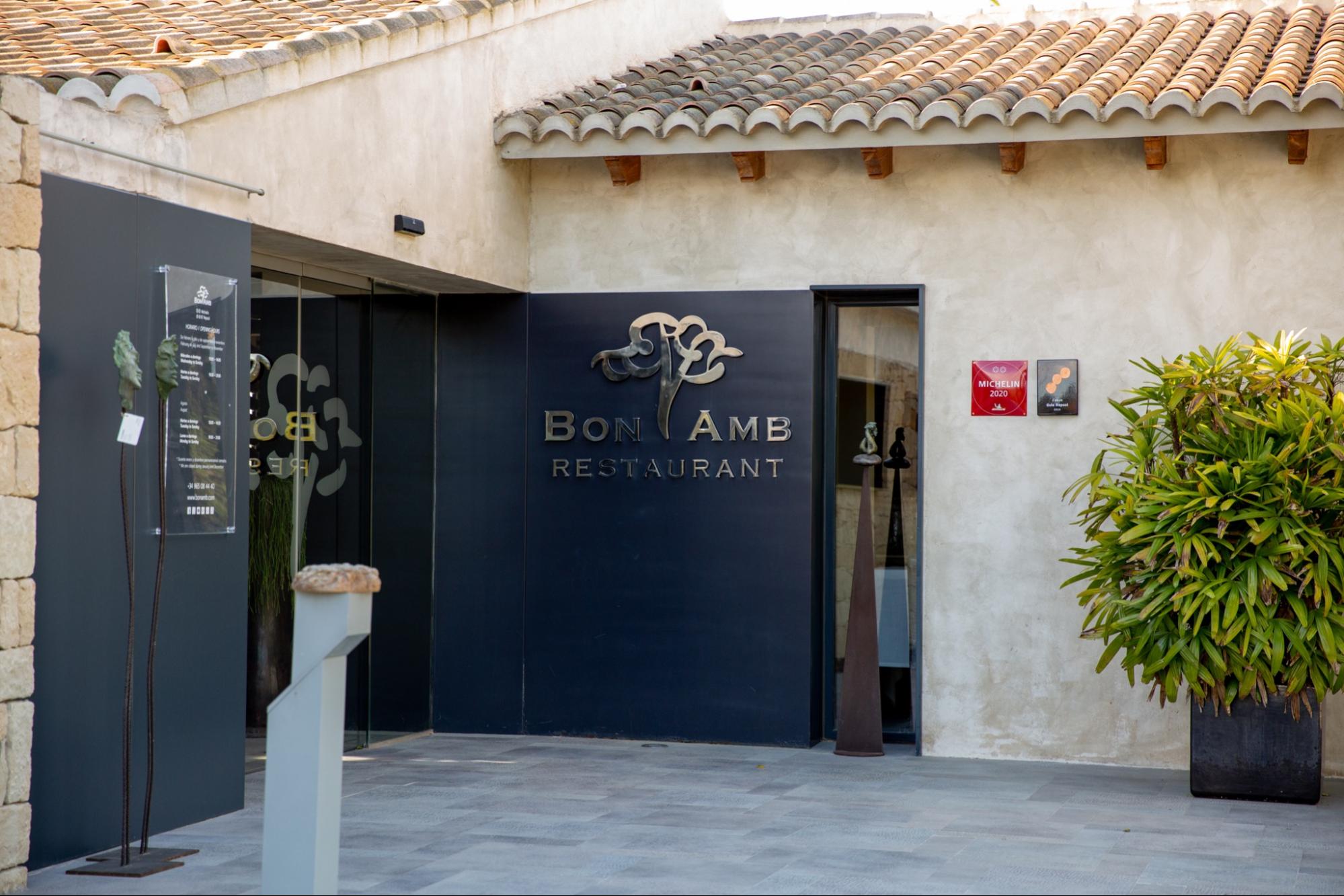 Once completing his studies there, he decided to pack up and spend three years under the supervision and guidance of Martín Berasategui. After which, he left to live and train in Paris for two years, at the demanding restaurant of Taillevent.

At the age of twenty-three, he was head chef at the gastronomic restaurant of the Marriott Hotel in Dénia and, at that young age, he represented Alicante’s cuisine at the prestigious Best of Gastronomy in San Sebastián. Upon returning to Spain, Alberto got to collaborate with esteemed chef Quique Dacosta for a season, before the opening of BonAmb in Xàbia.

To date, Alberto has been invited to many events and workshops including Gastro Alicante, Gastrónoma València, Millesime Madrid or Madrid Fusión. According to Alberto, he owes his success to patience and a lot of enthusiasm, as well as the right attitude. 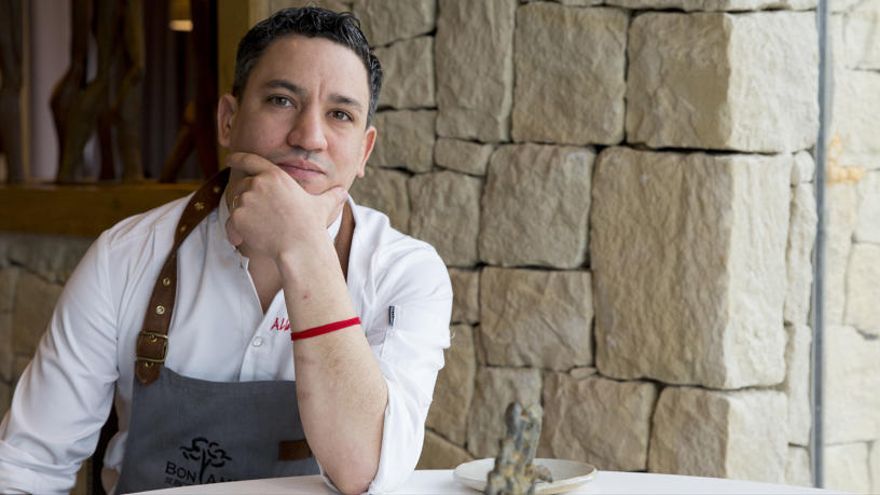