Benalmadena: Discover the Hidden Treasures of this Andalusian Town

The cities and towns of Andalusia are full of vibrant and friendly locals, and Benalmadena is no exception. Here’s how to spend your holiday in this delightful town. 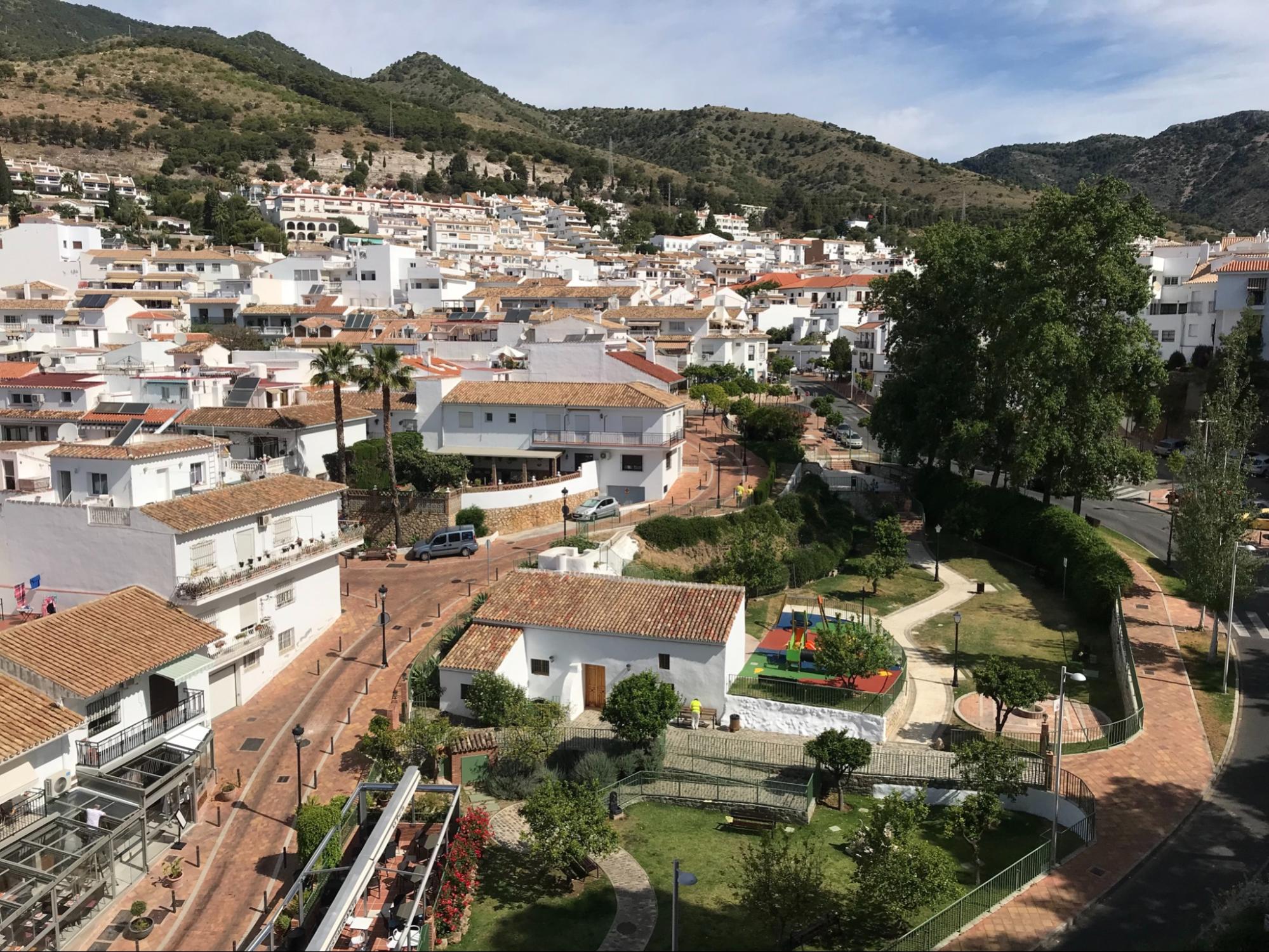 If you’re currently researching for your next Spanish getaway, keep in mind that the Costa del Sol offers several towns that are worth visiting. In this post, we give you our insight into what to do and what to see in Benalmádena.

Benalmadena is praised for its lively nightlife, beaches, luxury hotels, its picturesque old town and its Colomares Castle and the Tivoli World theme park. These attractions have made Benalmádena one of the favourite destinations for foreigners, not only for tourism but also to establish their residence there.

This delightful town in Malaga, located on the Costa del Sol, is one of the most beautiful villages in Spain. So that you don’t miss anything, we are going to tell you about the best places to see in Benalmádena.

Nowadays, Benalmadena is one of the most visited destinations in Malaga, notable for its leisure facilities, which include an amusement park, two aquariums, a casino, a cable car and one of the largest marinas in Andalusia.

The cities and towns of Andalusia are full of vibrant and friendly locals, whose energy will make you feel at home right away.

Here’s Spain Life’s advice on how to spend your trip in Benalmadena:

What to See and Do in Benalmadena

Benalmádena is one of the favourite destinations for foreign tourists, who also end up living here on many occasions.  For this reason, its streets are full of contrasts between the most deeply rooted Spanish traditions, such as the representation of the Passion of Jesus, and traditions belonging to foreign cultures, for example, the association of veterans of the British Legion.

For this reason, you should always keep your eyes peeled during your Benalmádena getaway, and try to absorb as much of the unique atmosphere and history as possible.

The castles and fortresses of Benalmádena are quite famous throughout Spain.

The castle of Colomares, which was erected in 1987 as a tribute to Columbus and the Discovery of America, boasts extraordinary views of the Mediterranean and a combination of Renaissance, Mudejar and Gothic elements in its architecture.

There’s also Bil-Bil Castle, which was the private home of a wealthy French family in the 1930s. After passing from one family to another, it was eventually bought by the City Council and thus converted into an art centre, where weddings are also often held today. 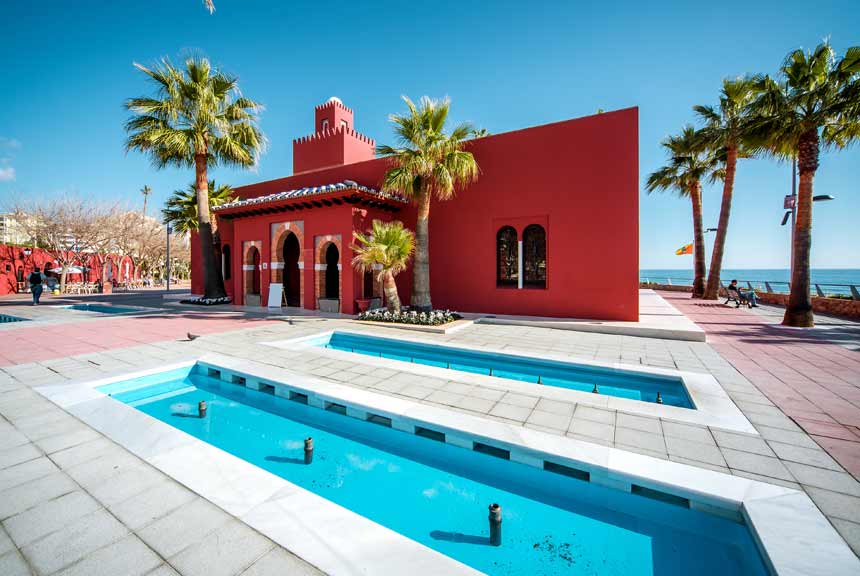 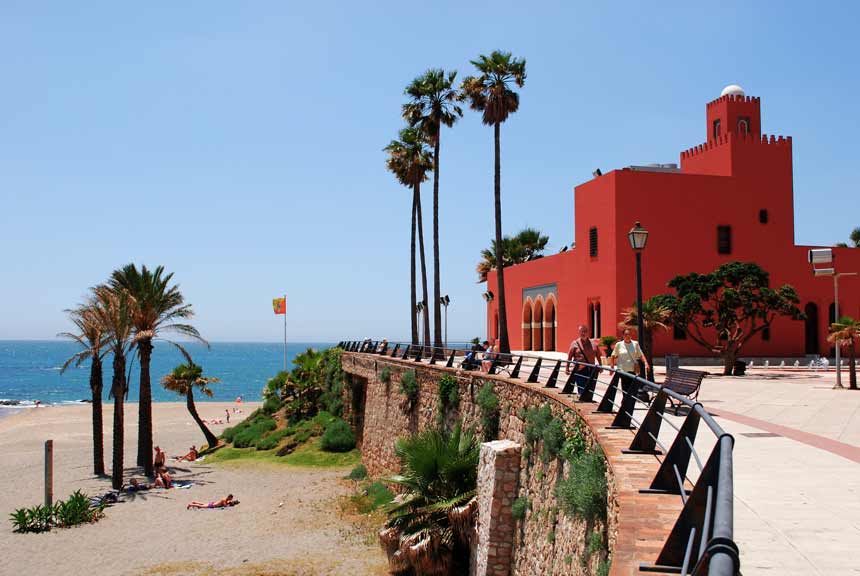 If you want to see hidden treasures, don’t miss the Archaeological Museum, where you can admire a collection of pre-Columbian pieces, donated to the town by the Cuban painter Felipe Orlando when he moved to Spain. 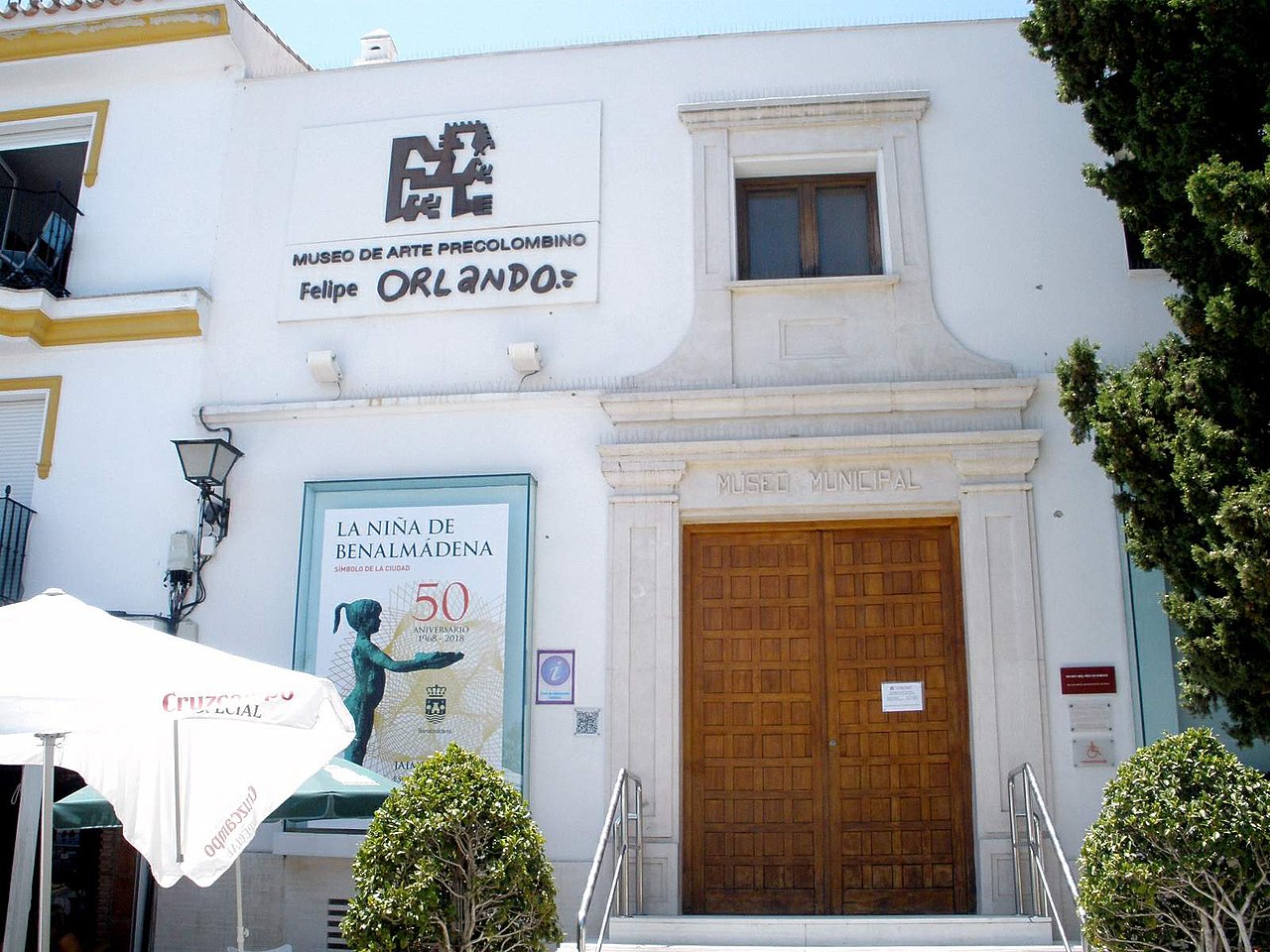 One of the most emblematic symbols of the town is the “Niña de Benalmádena”, a bronze statue depicting a young girl who has presided over the Plaza de España since the late 1960s. Created by Jaime Pimentel, it foretells the resurgence of the local economy thanks to tourism and international culture, demonstrating the friendliness of the locals towards tourists.

A copy of the statue, depicting a girl with a shell full of water, was awarded as a prize to the winner of the “Festival de Cine de Autor de Benalmádena”. The replica of the statue can be admired in Brussels, symbolising the twinning between the two cities. 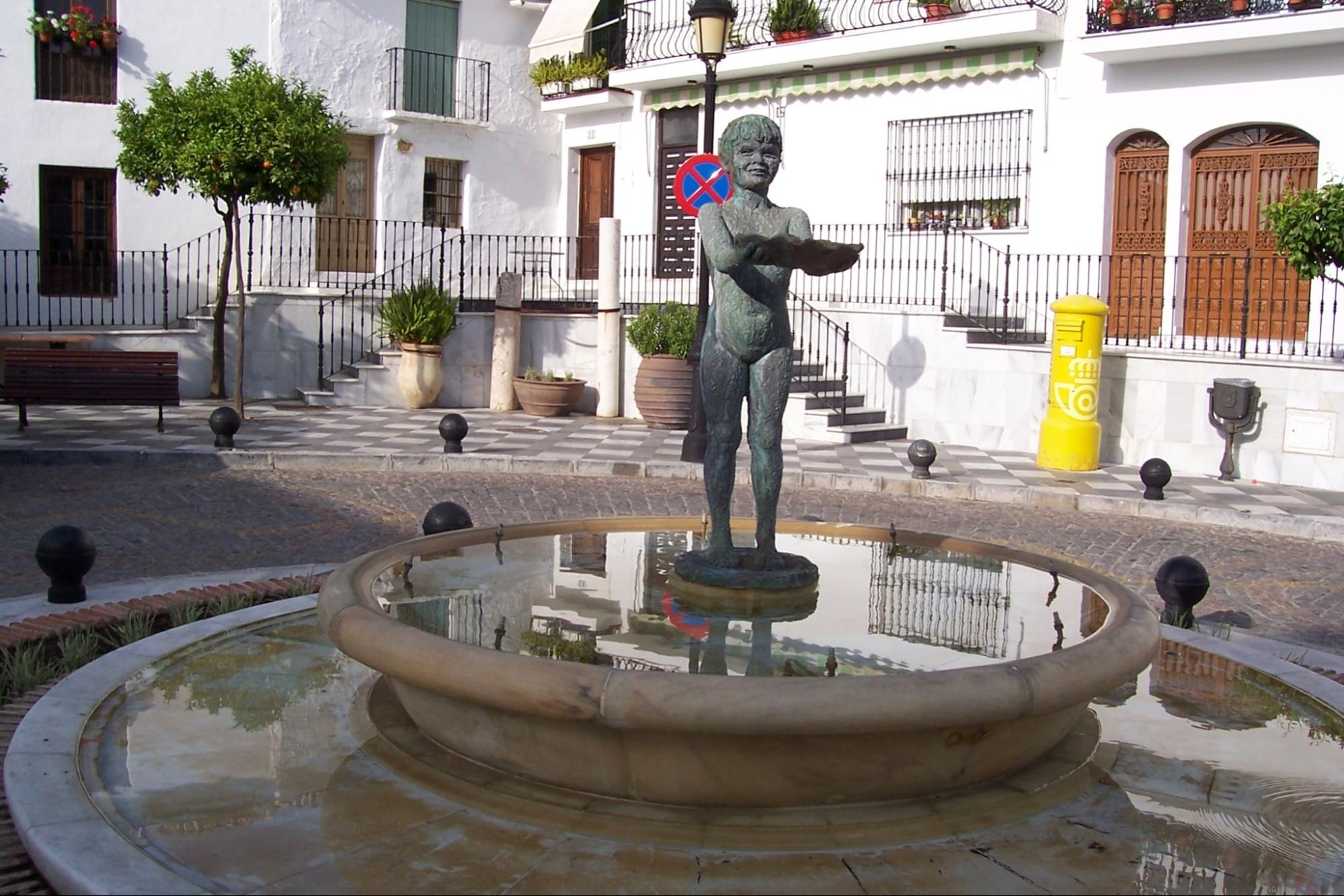 Take a Leisurely Stroll Along its Port

Thanks to tourism, the benefits have provided Benalmedena with really important services and infrastructures such as the Puerto Marina, the Tivoli World, which is one of the first Spanish amusement parks, and the Torrequebrada casino, which was inaugurated in 1980 and is one of the most popular in the area.

Puerto Marina is one of the most spectacular residential and port complexes in the world. Its architecture is very characteristic and attractive, and its facilities are exemplary. It has been awarded on several occasions as the “Best Marina in the World”, thanks to its 1,100 berths, and since 1987 it has held the Blue Flag without interruption.

This is also thanks to its climate of average annual temperature is 22ºC, the Marina has a great calendar of events and activities throughout the year. The port is also home to Sea Life Benalmádena, an aquarium with fantastic conservation programmes where you’ll get the chance to discover different life species of the ocean. 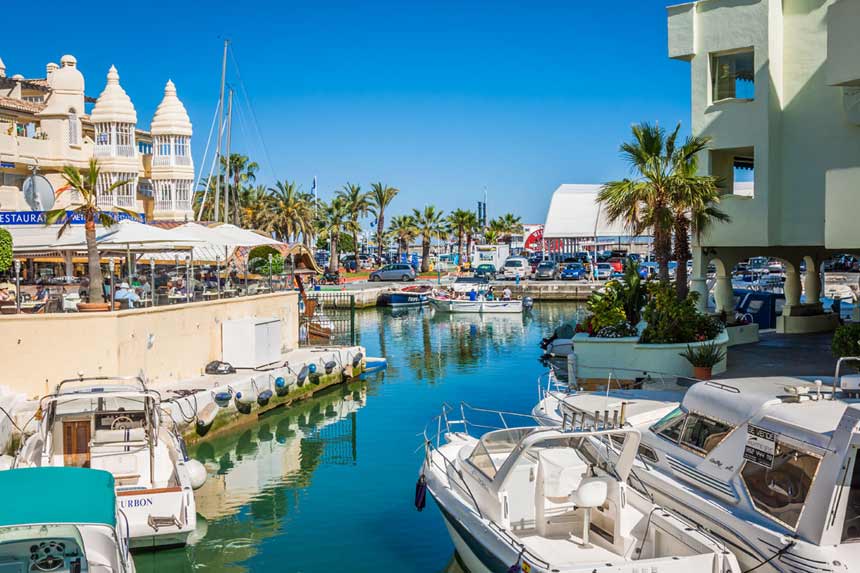 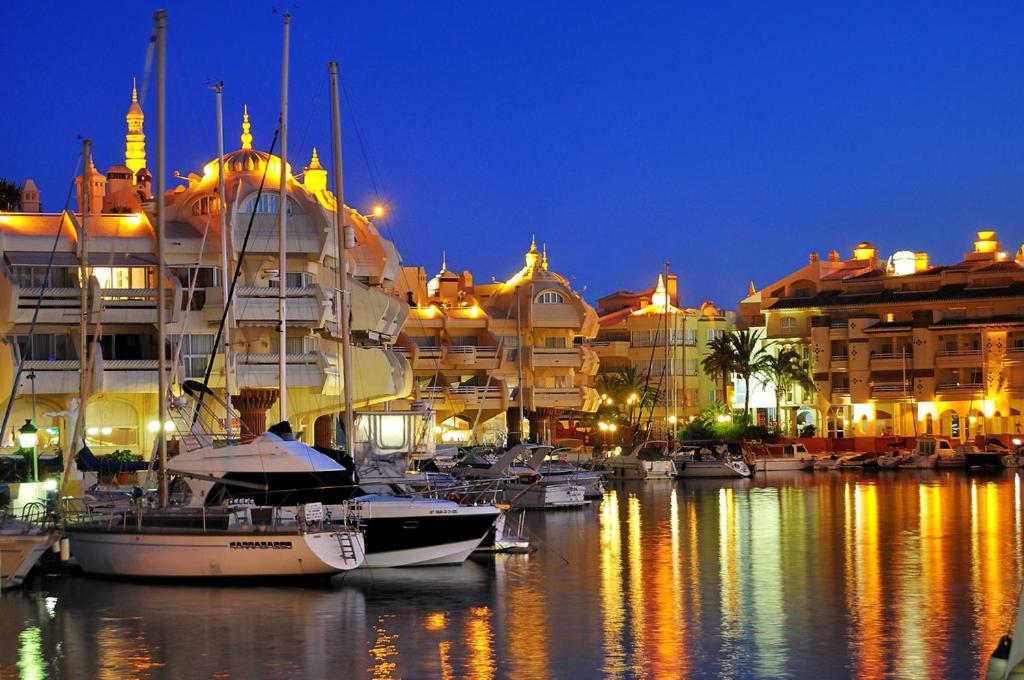 How to Get to Benalmádena from Málaga

If you are travelling by car, you’ll be able to get there easily. If you decide to arrive at Malaga airport and you don’t want to waste time getting a taxi, we recommend you hire a private transfer service, where a driver will be waiting for you at the airport gate with a sign with your name on it.

In Benalmádena you will find plenty of flats and hotels to stay in, both on the beach and in the town. Along the coast, you’ll find plenty of resorts perfect for complete, which we recommend booking in advance as they tend to fill up very quickly.

Here are some recommended hotels in Benalmadena:

Hotel Best Siroco: is located just 250 metres from the beach of Torre Bermeja, only 10 minutes walk from the marina of Torre Bermeja and 3 km from Torrequebrada Golf. The hotel is surrounded by gardens and has 2 seasonal outdoor swimming pools. All rooms have a balcony. 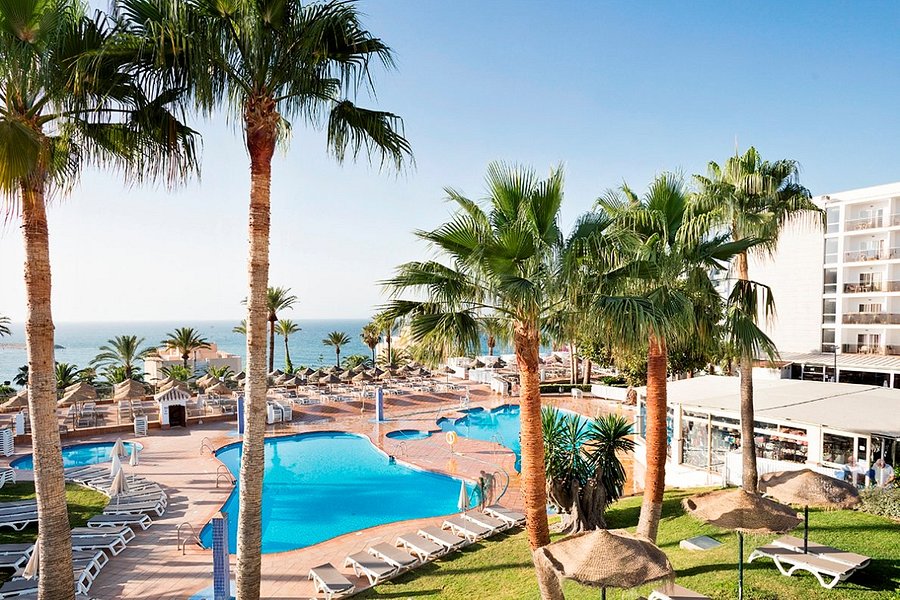 Sunset Beach Club Hotel Apartments: This 4-star hotel offers free daily activities and 2 outdoor pools. It also has 6 seasonal bars and restaurants, a supermarket and free WiFi throughout the complex. 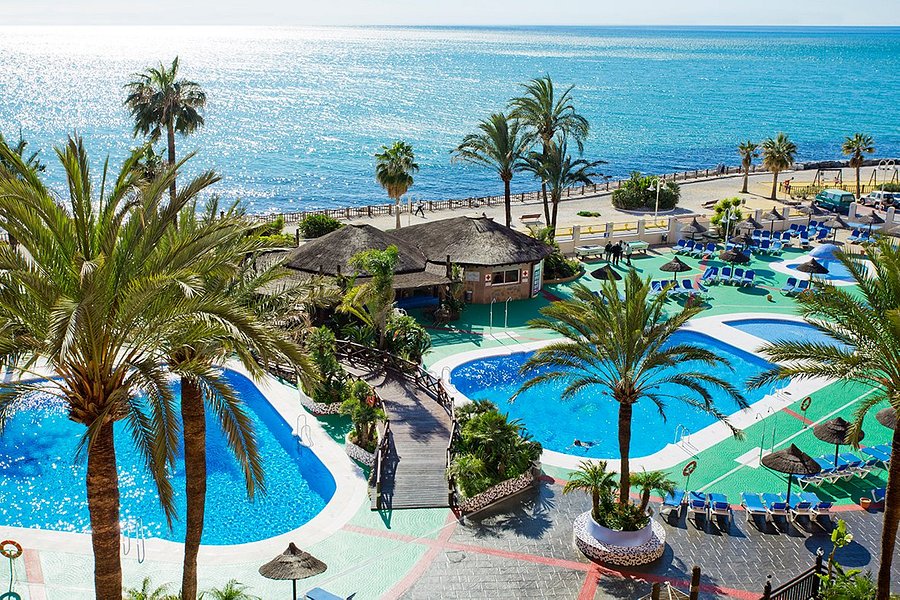 Sahara Sunset Club by Diamonds Resorts: This complex is built in the typical Andalusian style. The flats are arranged around a huge swimming pool and include access to the gym and indoor hot tub. Depending on the type of room you opt for, rooms are available with private balconies. 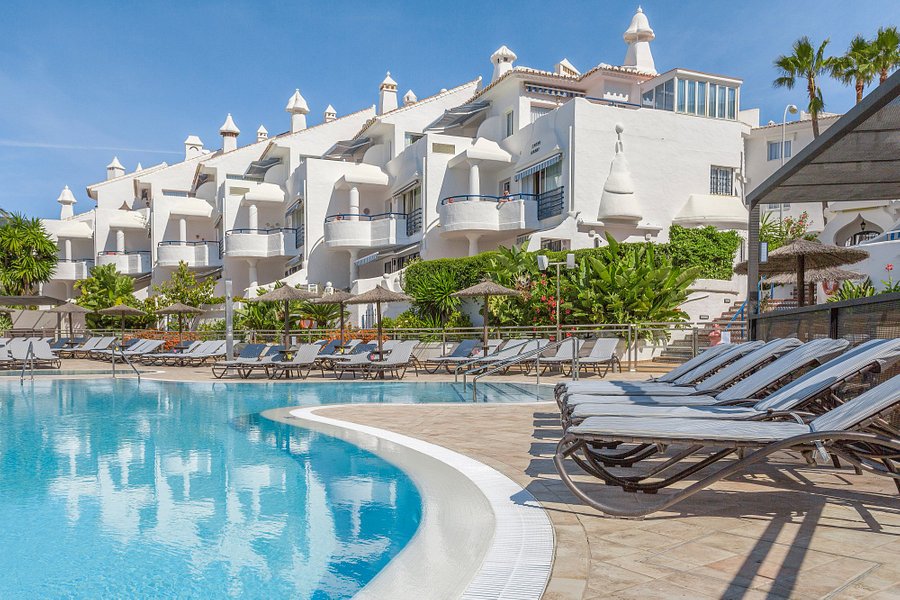 Previous articlePrepare for New Games, Fun and Bar at “The Extraordinary” at Casino Marbella
Next articleTake Note of COA Marbella’s New Opening Times for Summer