An Art Lovers Guide to Madrid

Whether you’re a connoisseur of classic, contemporary, or abstract art, the Spanish capital has something to tickle every art-lovers fancy.

With its guaranteed sunshine beautiful beaches, it’s no wonder why Spain is one of the top get-away destinations. Barcelona may be the go-to spot for lovers of architecture, but Madrid has stolen the hearts of art enthusiasts worldwide. Renowned for its impressive portfolio, the Spanish capital is bursting to the brim with classic galleries and contemporary hub-spots.

The calibre in Madrid easily puts it in contention with the likes of Paris and Florence. Known as the “Golden Triangle of Art”, Madrid is home to the finest trio around for art museums: The Prado, the Reina Sofia, and the Thyssen-Bornemisza.

The Museo del Prado is praised as one of Europe’s best collections of European art. With over 2,000 paintings, hundreds of sculptures, prints, and drawings, it’s one of the world’s greatest art collections without a doubt. 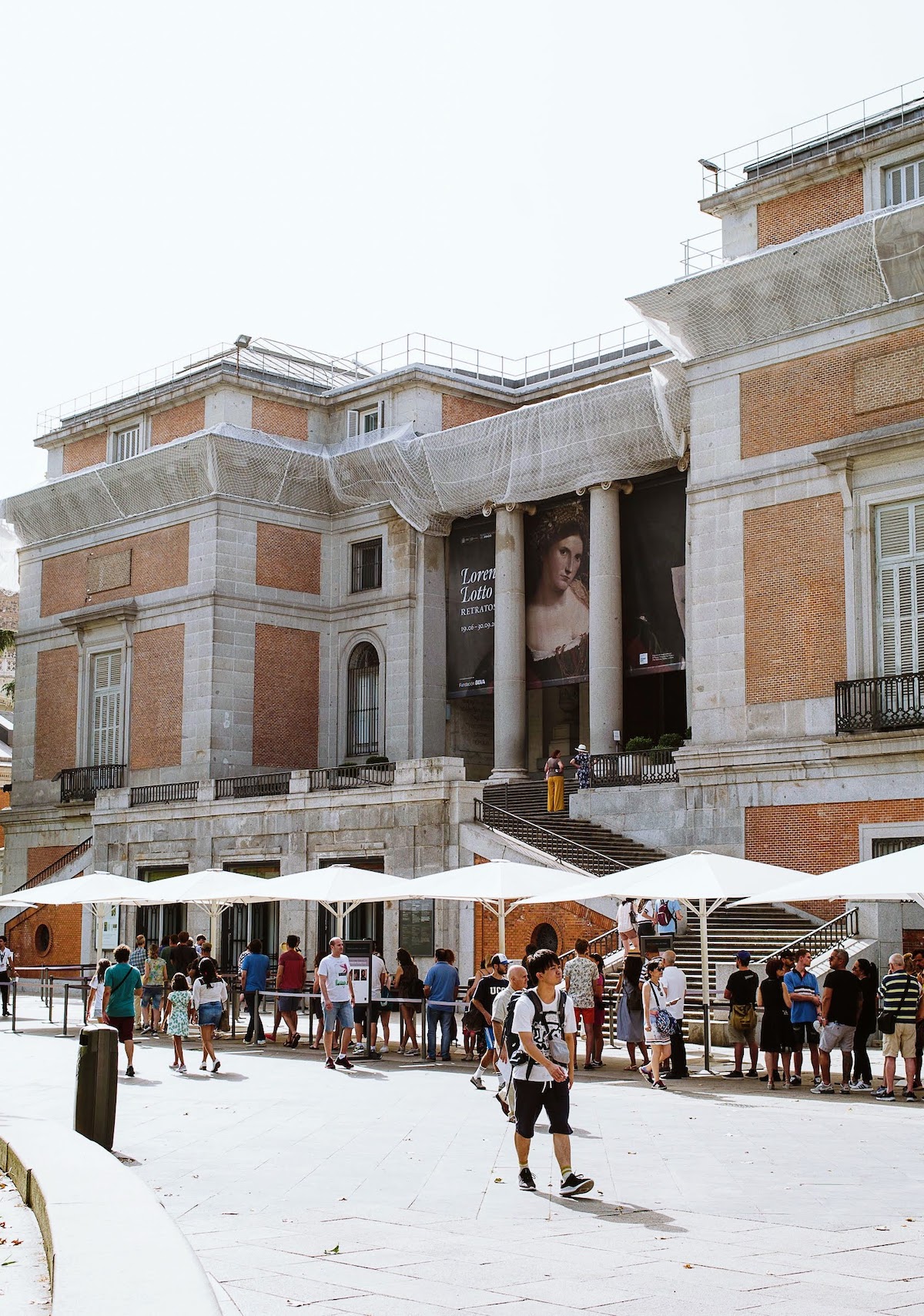 This emblematic monument houses Madrid’s most important classical art works dating back to 1785. Enormous in size, this impressive building was originally designed by Juan de Villanueva as the National History Cabinet. In 1819 however, King Ferdinand VII intervened King Charles’ orders to convert the structure into a museum.

The Prado is set apart is it’s royal art collection. In the beginning, the collection consisted of paintings and sculptures depicting the royal residencies around Spain. After the next several hundred years, the repertoire expanded as the Spanish monarchs plucked up as many European masterpieces as possible, which still grace the walls today.

The Prado may be packed with masterpieces, but there are certainly a few artists and periods that stand out from the rest.

It’s a tall order to find another museum that matches the splendor of the Velazquez paintings. Hailing fro mSeville, Diego Velazquezis widely considered as the most prominent Spanish painter of all time, having revolutionized the discipline of Realism. Not known to sketch his paintings in preparation like most artists, his works have a loose, intimate feel to them that have inspired generations of artists after him. 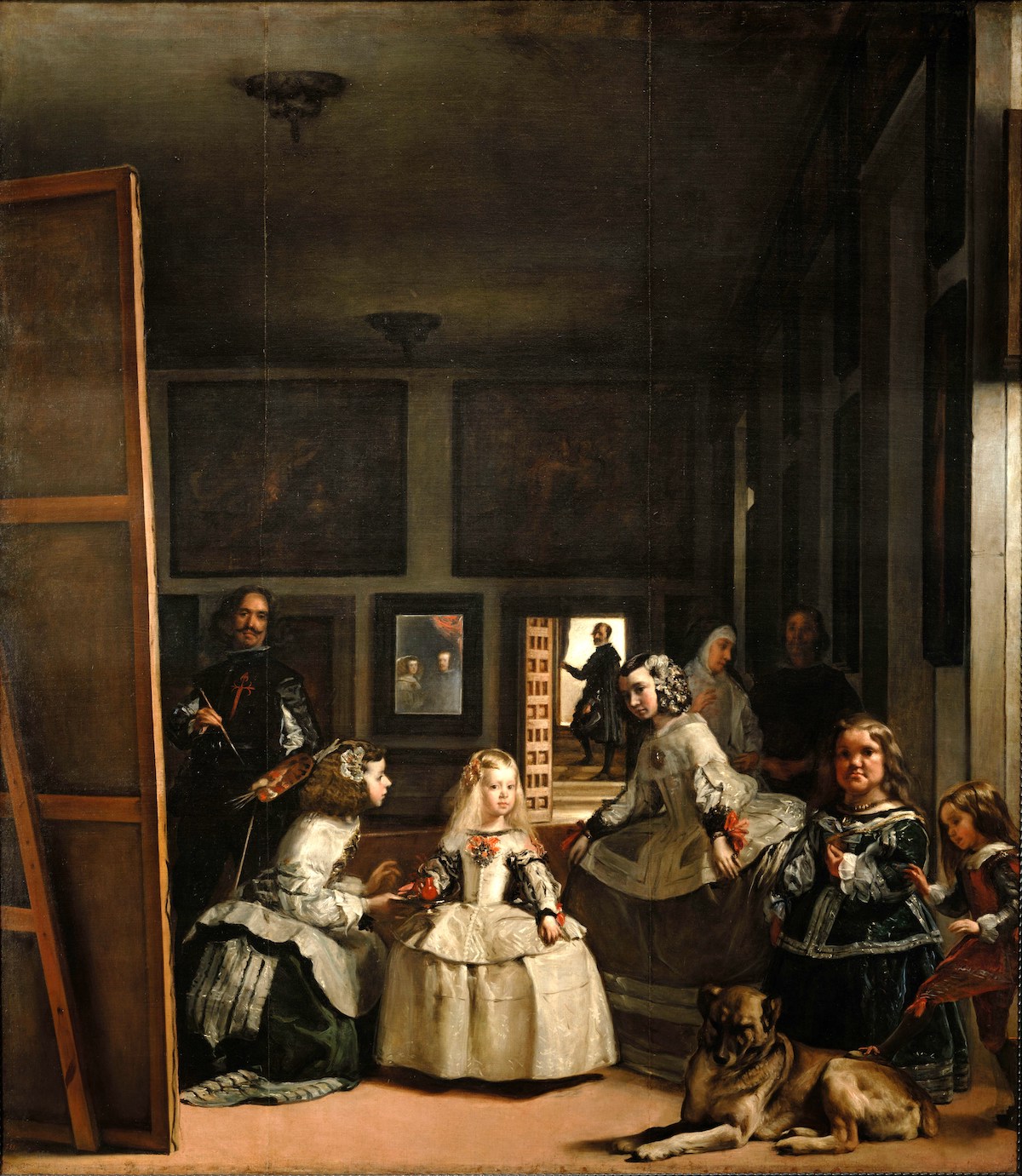 Velazques drew his inspiration mainly from Italian and Flemish art, as well as the taverns of his native town of Seville, resulting in a truly original Spanish art form. Las Meninas is his most renowned work, which depicts the Princess Margarita with her servants. Upon closer inspection, we can observe that Velazquez also appears, painting himself as he paints the Meninas.

We also recommend that you check out the chilling Black Paintings, by Francisco de Goya. These works reveal the artist’s private life as he became disillusioned by politics and societ, whilst also battling with his own health. The disturbing images depicted in the Black Paintings, such as El 3 de Mayo and Saturn Devouring his Son will stay with you long after you leave the musuem.

Must-see works: Las Meninas, The Surrender at Breda, The Triumph of Bacchus, Apollo at the Forge of Vulcan, Boys on the Beach, Saturn Devouring his Son.

This contemporary art museum was founded in 1990, which culminaited in the events leading up to Spain’s transition to a democracy. The Reina Sofia museum recovered Picassos Guernica, as well as various internation avant-garde and neo-avant-garde works.

Designed by architects José de Hermosilla and Francisco Sabatini, the main building was once used as Madrid’s first general hospital. The hosptial closed down in 1969, and it opened in 2005 as the new arts centre, designed by French architect Jean Nouvel. The space includes two auditoriums, spaces for contemporary exhibitions, restaurants and a bookshop. The museum was ranked as the 13th most visited art museum in the world in 2013.

For those more into modern art, you can’s miss out on the Reina Sofia. Here, you can find the highly acclaimed “Guernica” by Pablo Picasso, which depicts the horrors of the Spanish Civil War, which gets an entire wall dedicated to the colossal artwork. The adjoining room is full of fascinating Picasso studies, displaying his extraordinary work on Cubism.

In addition, you can find the distorted and brilliantly vibrant Salvador Dalí collection. The museum gives access to panoramic views of Madrid as you approach the higher floors in the glass elevator.

We also recommend that you pass by the Reina Sofia’s Nubel restaurant, which is found on the ground floor for a quick bite and chill vibes. 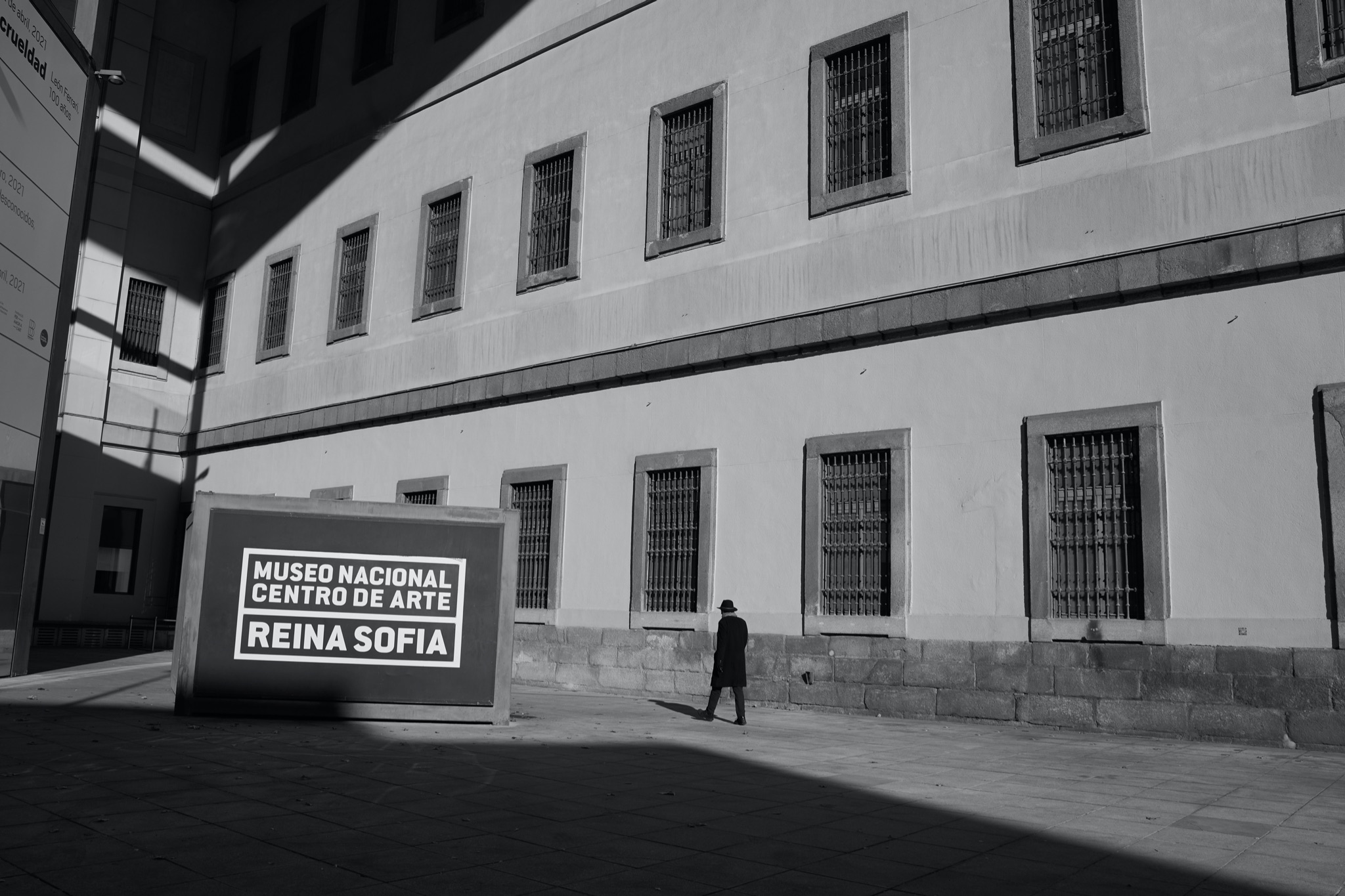 Completing the triangle is one of Spain’s largest and most prominent art collections, the Thyssen-Bornemisza Museum. Once considered to be the second largest gallery in the world, it represents some of the most consequential movements in Europe of the past centuries. Named after its founder, Baron Thyssen-Bornemisza de Kászon, a German-Hungarian entrepreneur and art collector. He mainly focused on acquiring classical artworks by the Old Masters such as Caravaggio, Durero, and Jan Van Eyck.

The museum displays various movements throughout art history, incorporating the personal taste of the original collectors. It’s truly fascinating to walk through an art gallery that depicts the progression of art from the 13th century right through to the 20th century.

The collection boasts over 1,000 masterpieces, immersing the visitor in a number of different styles from Baroque, Renaissance, Impressionism to even Pop Art. Familiar names in the permanent exhibitions include Dali, Picasso, Monet, Rubens, Rembrandt, El Greco and van Eyk.

The museum also has a quirky gift shop to buy fun and artistic trinkets for both adults and children.

Previous articleWhy You Have to Experience the Picturesque Town of Nerja
Next articleGaudi’s Barcelona: An Architectural Guide to the Catalan Capital