Lead by a highly-skilled team that delivers a mouthwatering menu, it’s no wonder that AlmaMater’s chef has made it into the Michelin Guide, as well as the Repsol Sun Guide. 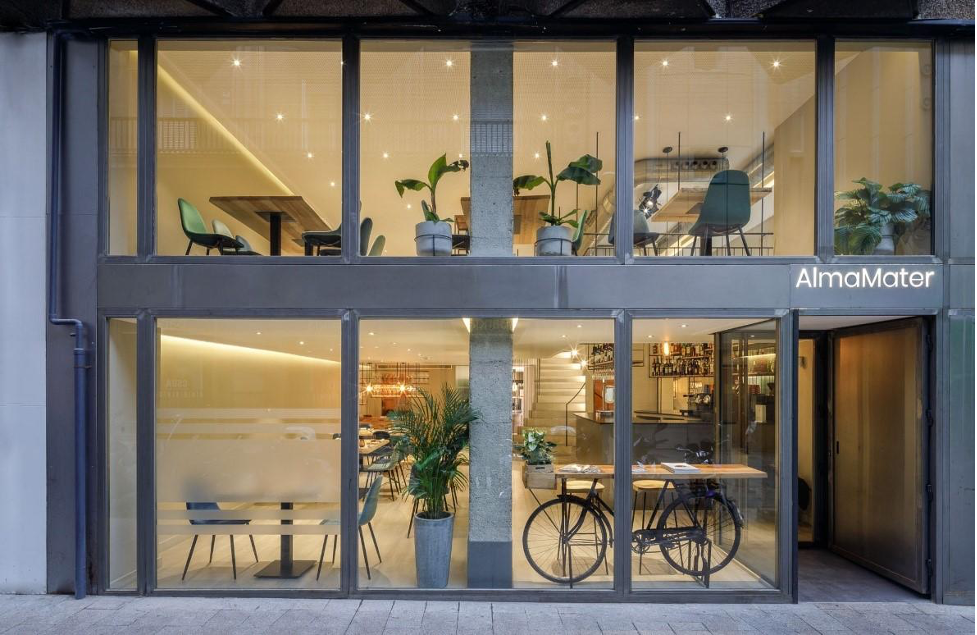 AlmaMater’s location, interior, the service and above all the food, have made Alma Mater Murcia one of our favourite spots to dine in this city. As soon as you set foot inside, you’ll be greeted with a luminous space with large windows, decorated with Nordic style interior and distributed over 2 floors.

AlmaMater opened in April 2019 and with only three years in business, it has already become a favourite amongst the locals.  Its chef, Juan Guillamón, has trained in great kitchens such as La Cabaña Buenavista, El Portal de Echaurren, Arzak or Calima de Dani García. has a career that shows no signs of slowing down. 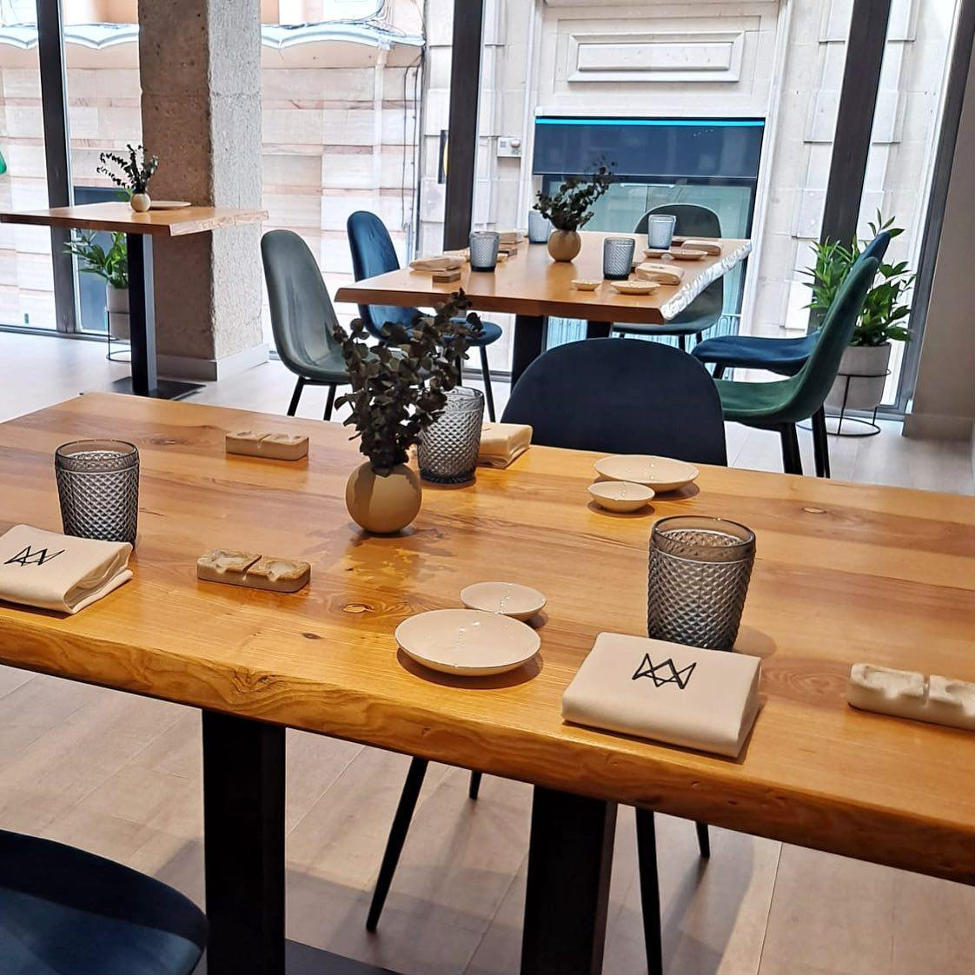 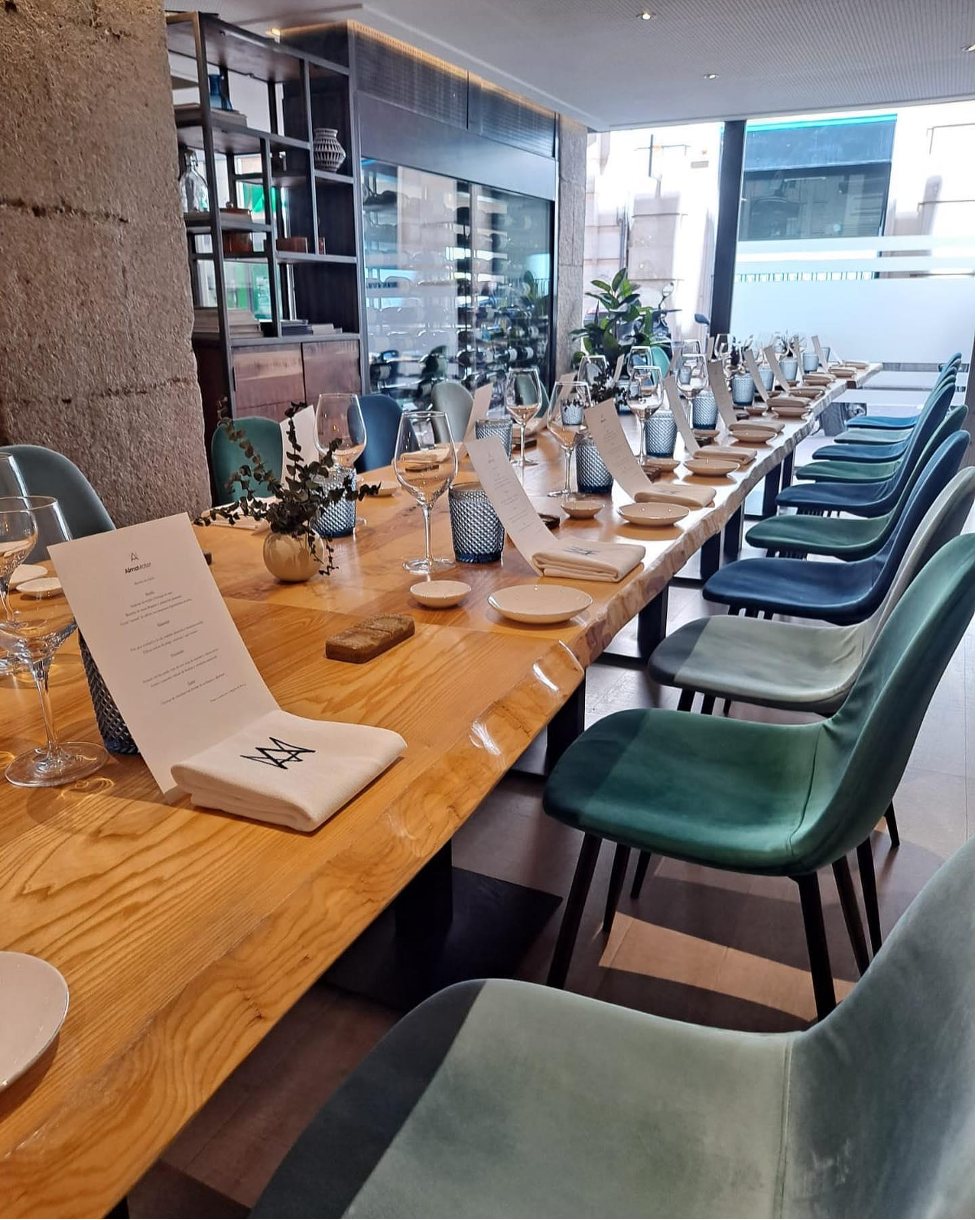 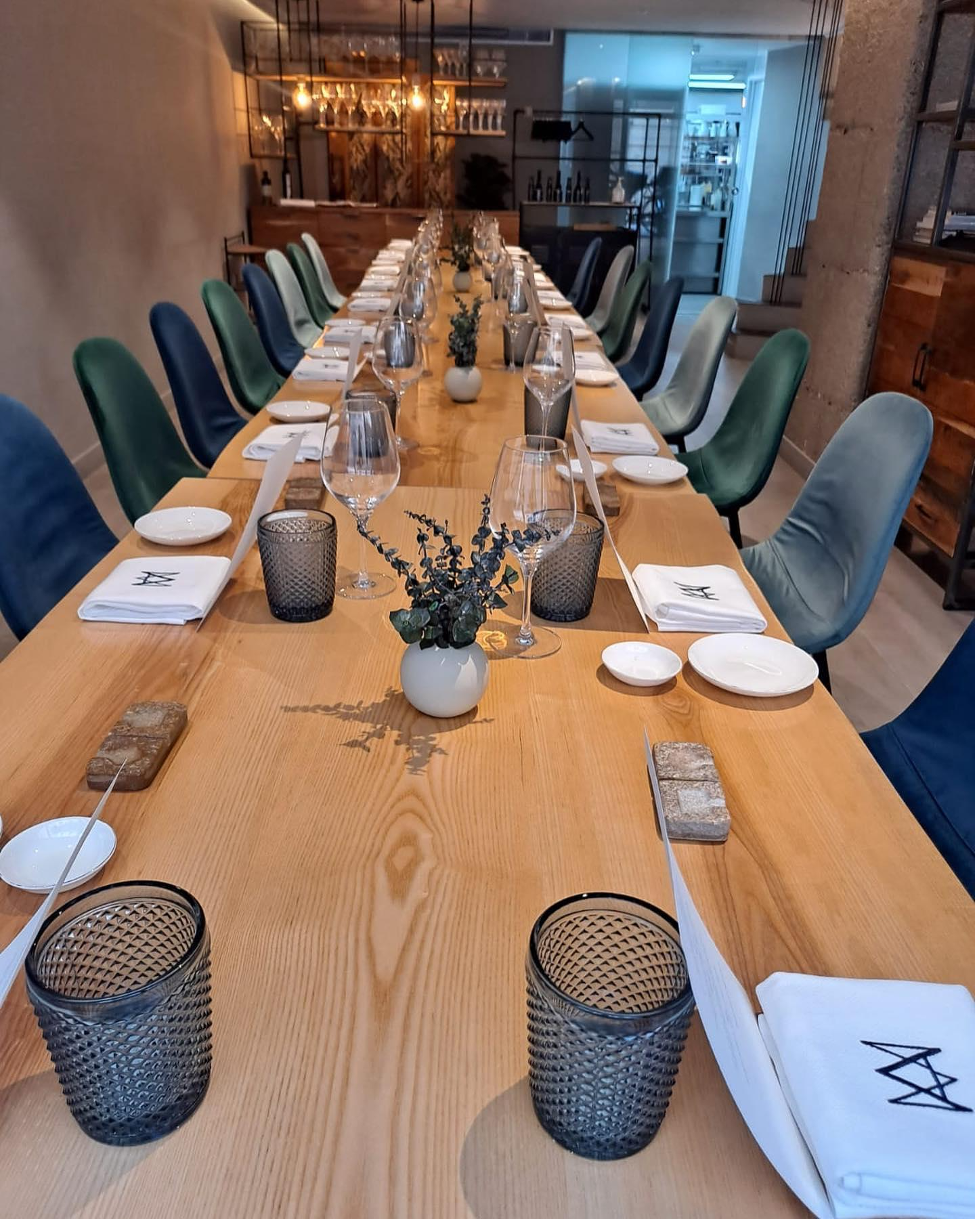 As Chef Juan’s personal project, AlmaMater’s cuisine is injected with character, featuring avant-garde, modern cuisine with dashes of traditional Murcian roots. It can best be summarized as market cuisine, where the raw produce of each dish takes centre stage.

Behind Juan, is an efficient team made up of committed individuals, dedicated to an exciting project based on gastronomy, which seeks excellence and constant improvement on a daily basis. As Murcia’s shining example of gastronomy and professionalism, AlmaMater transmits its passion for what they do to the customers they serve. 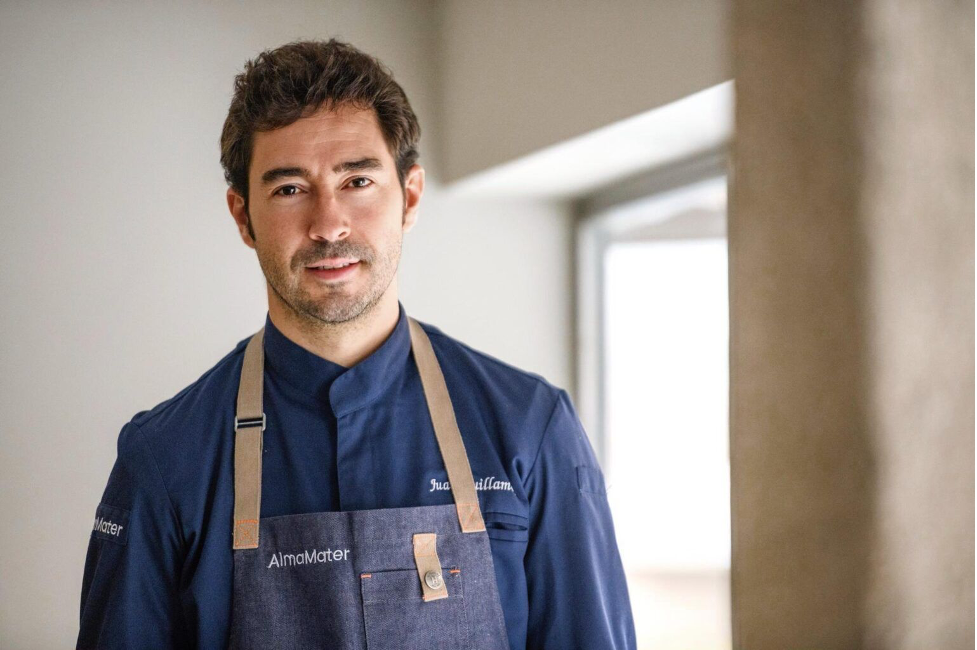 Market cuisine where the raw material is the soul of each dish, creative and constantly evolving. Rooted in traditional gastronomic culture and, at the same time, enriched with the personal and professional experiences of a travelling spirit.

Juan’s career began in the kitchens of the Natural History Museum in London. After finishing his catering studies, he decided to continue his training with great professionals. First in his homeland, Murcia, at La Cabaña Buenavista, to later work in prestigious restaurants throughout Spain: Flanigan in Palma de Mallorca, El Portal del Echaurren in La Rioja, Arzak in San Sebastian and Calima in Marbella.

Shortly afterwards, he had the opportunity to work for the Ferrari Formula 1 team, where he spent six seasons travelling the world. This experience has allowed him to broaden his gastronomic culture, incorporating new products and techniques that have enriched his professional knowledge.

Juan took part in the final of Best New Chef at Madrid Fusión in 2021 and won the award for Best Chef in the Region of Murcia. In the same year, he made it into the Michelin Guide with 1 Recommendation and obtained 1 Sun in the Repsol Guide.

The talented chef proposes an original cuisine without great artifice, with traditional recipes enriched by his travelling spirit in which the protagonist is the local product. His dishes emphasise the mastery of technique, flavour, aesthetics and perfect cooking points.

The secret to a successful menu is choosing a few dishes, and executing them to perfection. This is exactly what AlmaMater has chosen to do, as the menu isn’t very extensive. It also has a unique tasting menu that they recommend, which consists of 6 snacks, 3 starters, fish, meat, pre-dessert and dessert for 65€, without a drink.

One of the iconic dishes of the restaurant is the Sheep’s cheese (washed rind) from San Javier, with smoked paprika topping and Totanera pumpkin marmalade. 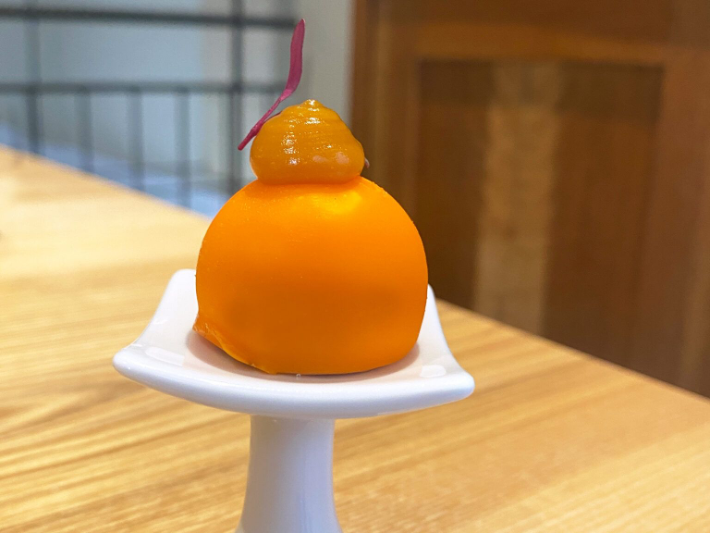 Undoubtedly, a star dish of the menu is the creamy vegetable rice with calasparra, saffron and ñora emulsion, crunchy artichoke and hake cocchas. 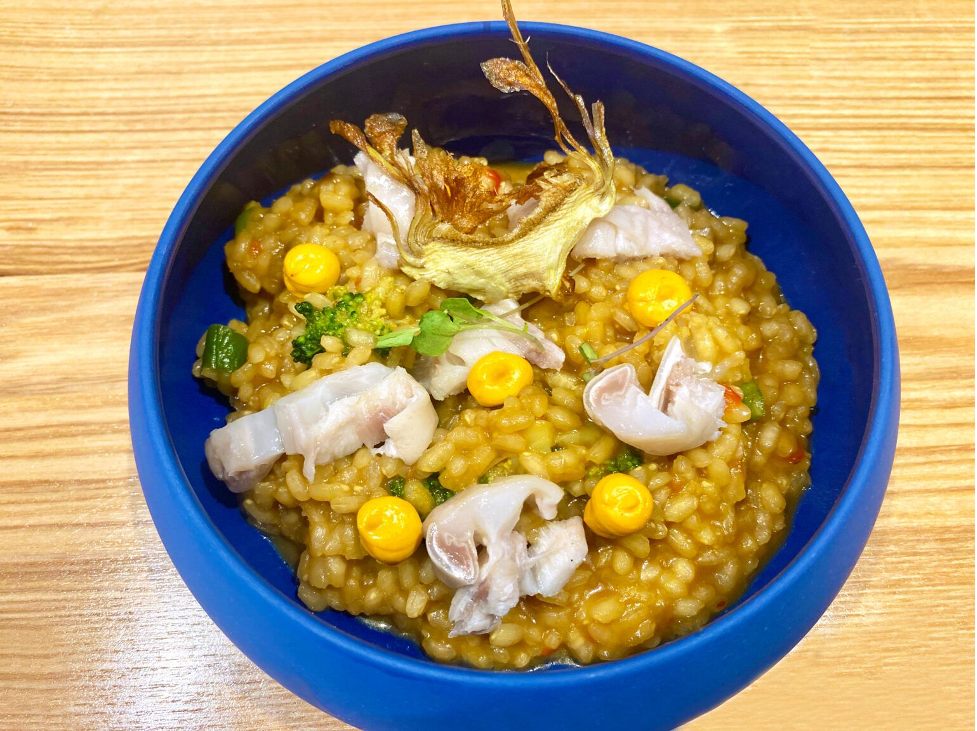 This cheek of Iberian ham is cooked at low temperature to make it extra tender, with cantonese lacquer, pepper aioli and sweet potato cream to give it a sweet contrast. 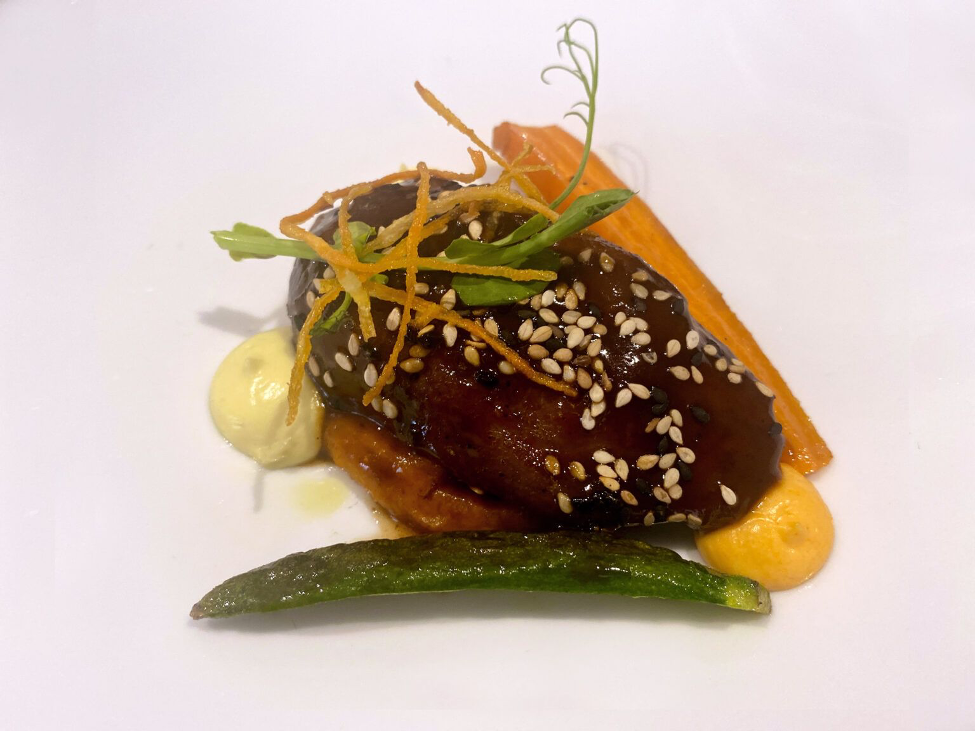 From Thursday to Saturday

With a Murcian native at the head of command in the kitchen, Alborada delivers authentic flavours of the Murcian province to the delight of the locals. 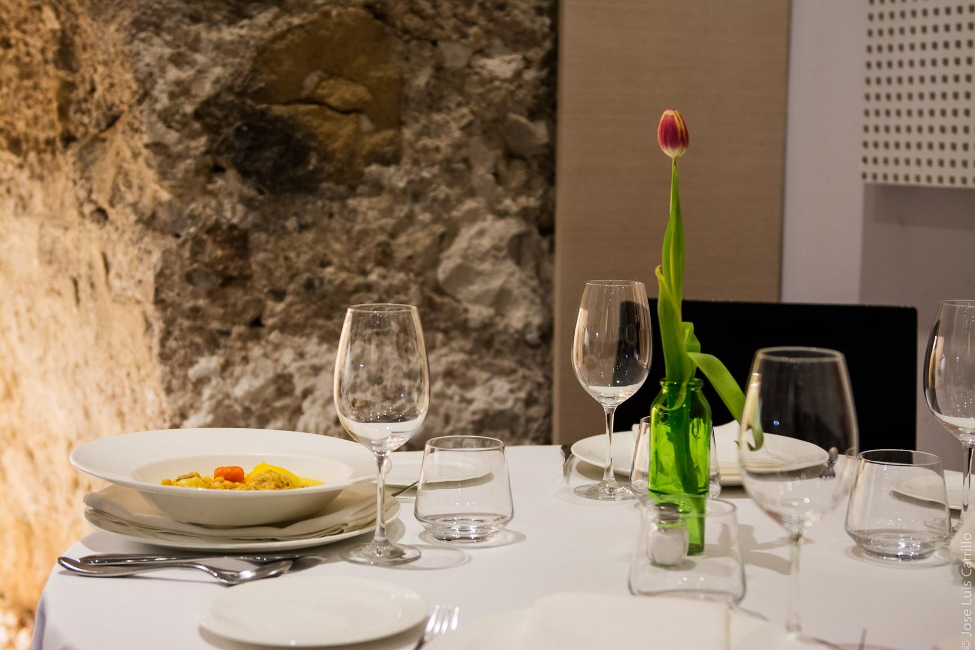 For many in Murcia, Alborada restaurant is synonymous with innovative gastronomy that is based on tradition. Centrally located and well known throughout the city… in fact, it is almost always full. It has a modern tapas bar, a pleasant room with an acoustic ceiling and two small multi-purpose private rooms.

Head chef David Muñoz has taken the reins of the family business with a firm hand, prepares traditional market cuisine open to the tastes of the client, which is why his menu includes a section of seafood, stews and rice dishes by reservation.

A native of Murcia, the chef of Alborada is one of the most outstanding figures in the region’s gastronomy. He successfully emits his demanding personality, neatness and nonconformity into each and every one of his dishes, masterfully endowing them with a touch that exudes pure love for the local product.

David’s cuisine is dominated by flavour and freshness. His creativity and dedication to simple, delicious food have earned the chef a Bib Gourmand from the Michelin Guide and a Sol Repsol that he renews year after year. 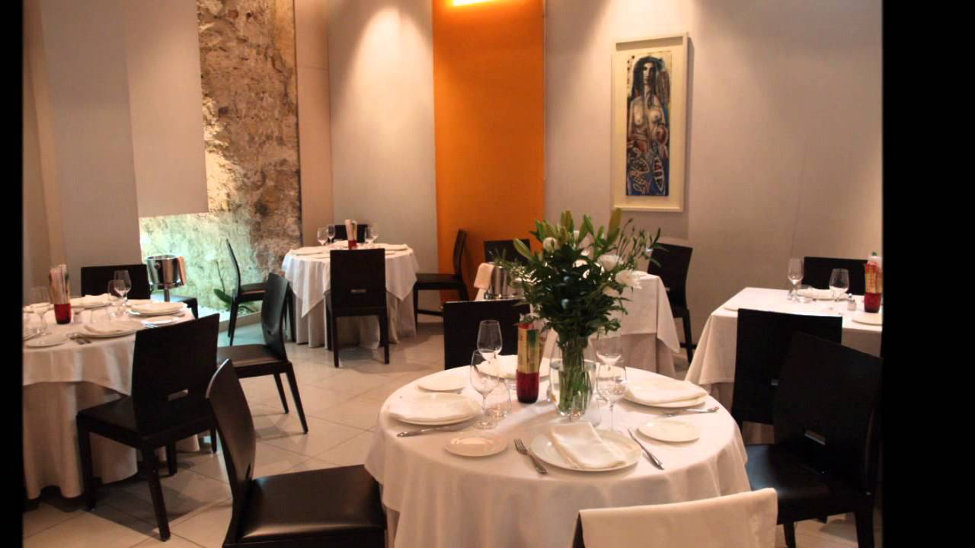 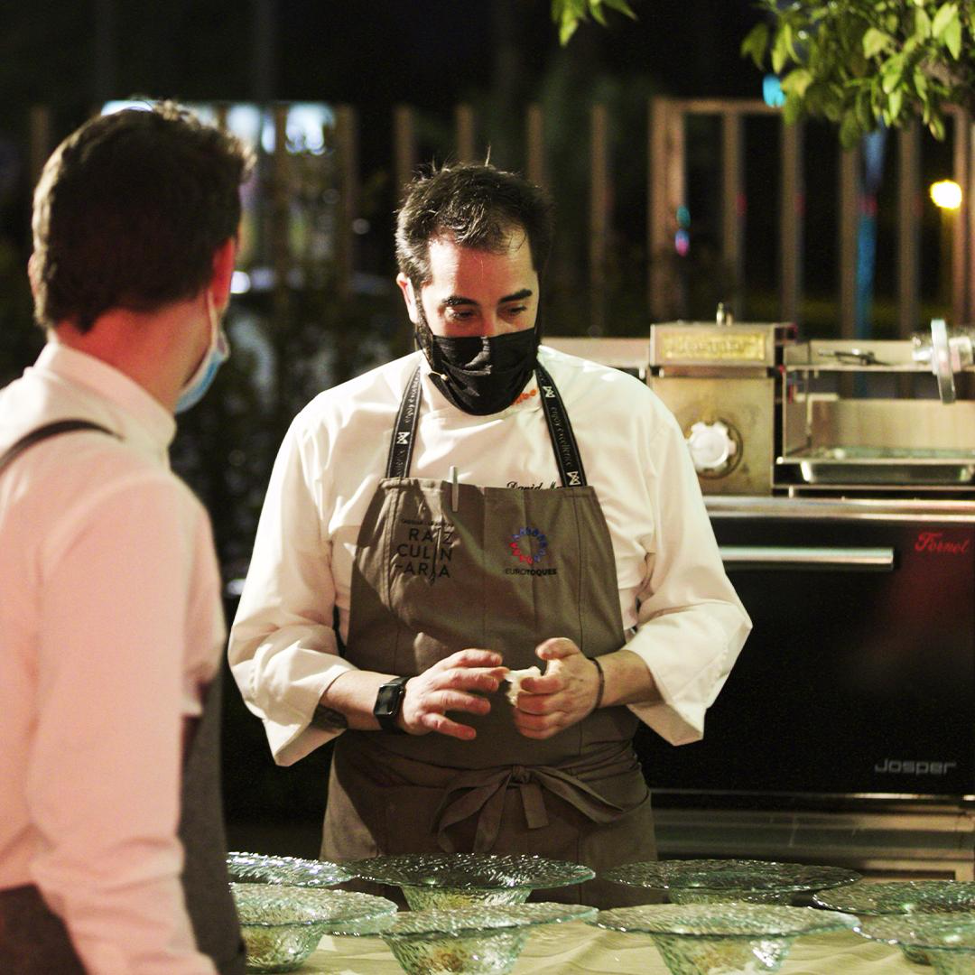 The key to this restaurant is its Mediterranean cuisine. There is nothing better than ordering a homemade sea bass, a famous lubina or its extraordinary tapas. Here, visitors can enjoy delicious dishes and taste the well-crafted fruit cake, the delicate cheesecake and the generous fried milk dessert, which is typical of the region.

The wine list is very varied: every guest’s needs are catered for. You won’t be able to forget the amazing coffee that can be tasted here. The high ratings of Restaurante Alborada would be impossible to achieve without the helpful staff.

Many users remark that the service is divine. In this place, you can enjoy its interesting decor and charming atmosphere. This place has won the Bib Gourmand award for its tasty dishes at an affordable price. 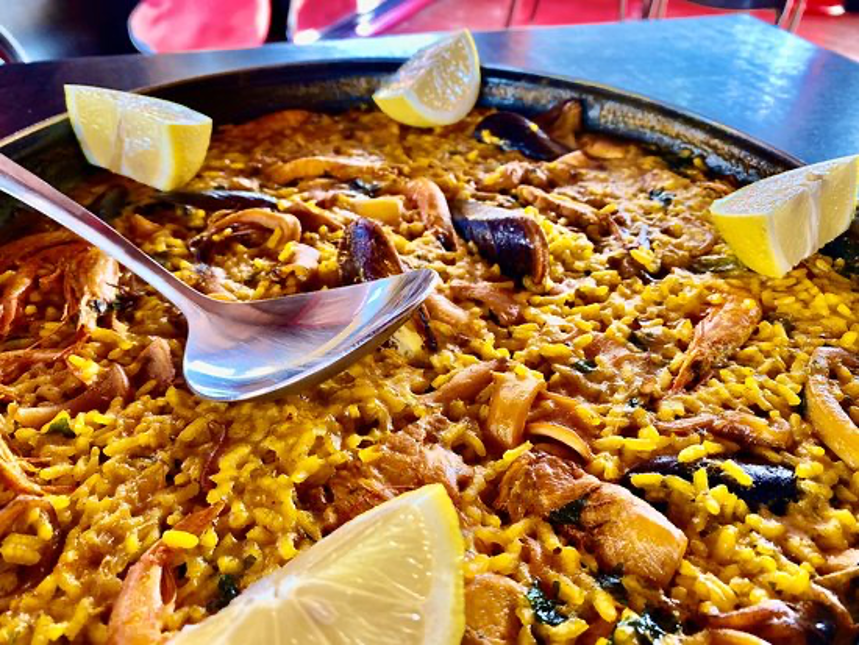 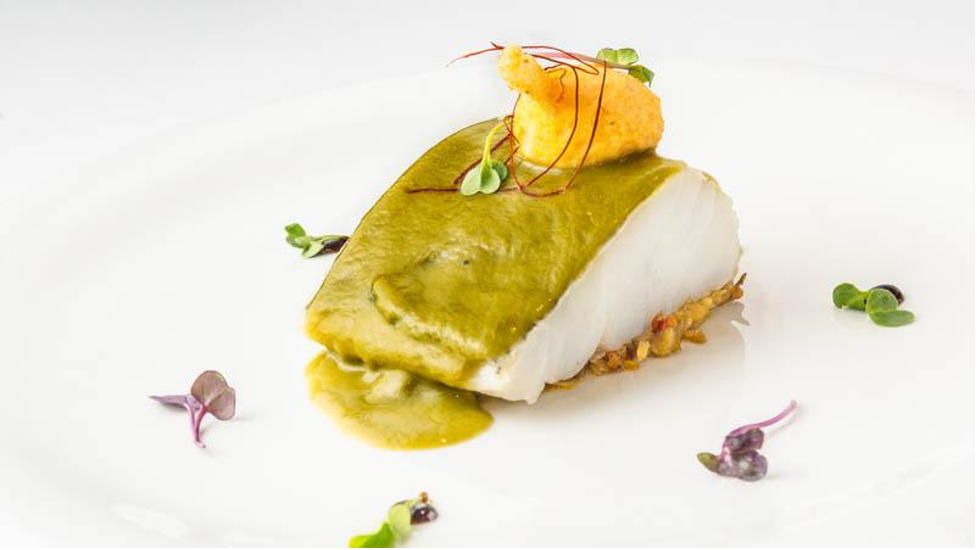 Baked cod in green sauce with clams and prawns 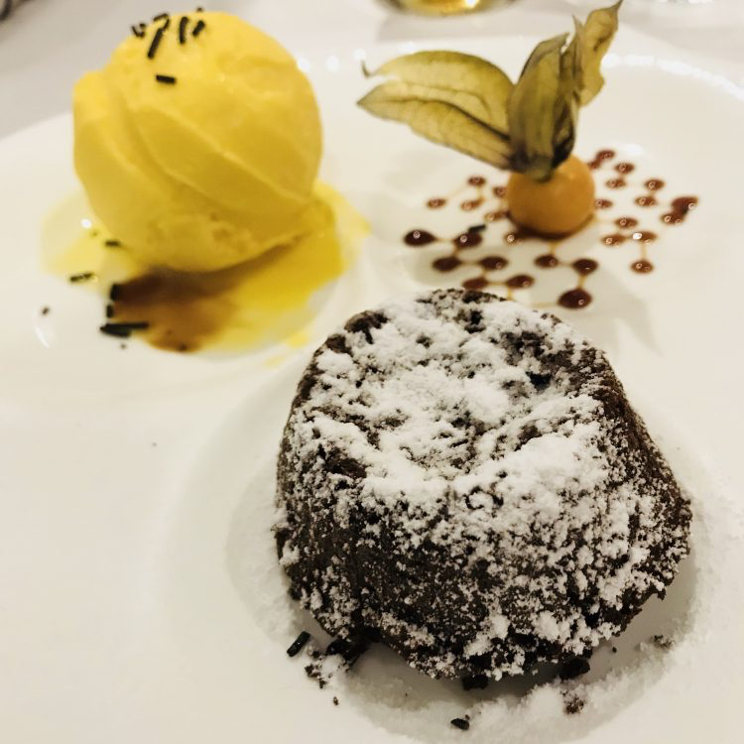