At Spain Life, we have talked about AIS International School previously, and how impressed we are with their educational ethics and vision for the future.   Today, we were catching up with Jose Benavente, the PE teacher 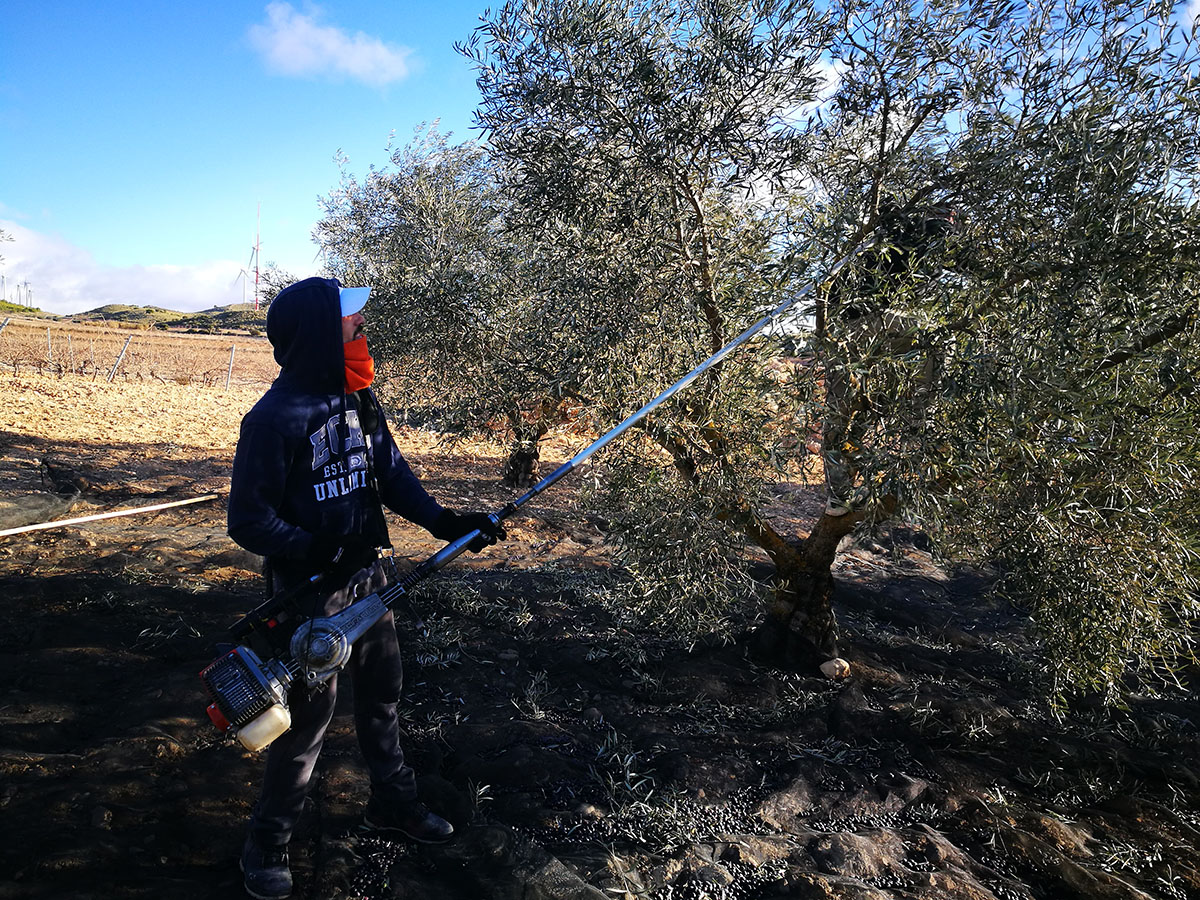 At Spain Life, we have talked about AIS International School previously, and how impressed we are with their educational ethics and vision for the future. 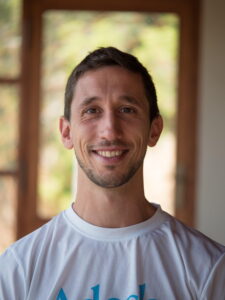 Today, we were catching up with Jose Benavente, the PE teacher at AIS International School who is also an aficionado at Rap production, a semi-professional basketball player, and takes care of an olivar (an olive grove) in his spare time.

Read on to find out more about his career and how Waldorf teaching methods influenced his journey back home.

As a teacher originally from Benidorm, tell us a little bit about what inspired you to travel and start your Waldorf teaching career in Germany?

Since I was a child, I always wanted to become a teacher. When I finished my masters, it wasn’t easy to get a job as a teacher here in Spain and I didn’t have any languages. We (myself and my girlfriend) took the opportunity to travel and to learn a language at the same time hoping it would help us get a teaching job in the future.

Before I went to Germany I didn’t really know anything about Waldorf, my older sister lives in Germany so apart from getting another language under our belt that’s the main reason why we chose to go there.

How did you manage to find a Waldorf teaching job in Germany?

We started to do some intensive German courses every morning. I also started to play basketball and joined a semi-professional basketball team. It was a result of playing in the basketball team that I found out about the Waldorf school, I didn’t know anything about Waldorf before that.

I had seen the school in Benidorm but didn’t know much about it, it was only when the basketball team started to go to the local Waldorf school every Wednesday to offer free training promoting the sport, that I started to learn about it. I met a teacher from Sevilla, who taught sports at the school and he talked to me about the different courses available to study the Waldorf system of education.

What was it that attracted you to become a Waldorf teacher?

To work in a Waldorf school was the only way for me to be a teacher in Germany as they are private or semi-private schools, with a subvention from the state. When I found this out, I started to read more about it and found out their interesting approach to teaching. The first thing that caught my attention was the relationship between student and teacher.

It is closer and more individual than in other schools and my personality matches that. I found a job in the center of Germany in a small school where they paid for my Waldorf education, which comprised of periods of intense learning in Freiberg and Kassel. The teachers at the school helped me to learn how to approach the students and how to organize my lessons “Waldorf-style”.

I made a lot of connections while I was there with other PE teachers and I started to learn on a deeper level how Waldorf teachers approach PE. For example, they were paying attention to the student’s breathing. At the beginning of every lesson, they would focus on exercises on breathing and balance.

Then would follow circle time where the students sit down and the content of the lesson would be presented. The approach to PE was more playful not just competitive. Bothmer gymnastics were also included, these are individual movements (exercises specifically designed as part of the Waldorf curriculum to strengthen self-awareness, balance, posture, and provide many other physical and emotional benefits), and the rest were team exercises, they were always promoting teamwork.

How did you see the difference between PE classes in the Waldorf school environment to the PE that you taught when you did your public school practice? Did the children react differently?

When I worked in the public school there were always around 25% who did not want to participate and another 25% who were very much into their sports. There were more extremes. In the Waldorf, they weren’t always interested but they approached PE with a better attitude.

Part of the Waldorf approach to physical exercise is that you need to explain to the children the benefits of why they are doing what they are doing, not only at the physical level but also socially and emotionally. In Waldorf, they often speak about energy for the soul.

So what specific things did you take away from living and working in Germany?

I remember it with a smile. It was a very nice experience, the first time living with my girlfriend and without my parents so I was completely responsible for myself. I remember it with fondness including the weather, riding a bike while snowing and raining.

At first, I worked in a car parts warehouse and had to ride 11 km to get there, and sometimes I had to work all day soaking wet from the rain! I made really good friends and connections. Playing basketball gave me a lot there and it was great to be able to spend time with my nephews, as they were 4 and 3 years old at the time.

How did you come to work for AIS?

It was always the plan to come back home and I was referred to AIS by the Waldorf school in Benidorm as they had no positions for me. I remember the first meeting very well by Skype and I came in to do a trial lesson in Biology as it was important to have several teaching subjects, thankfully I was offered a job.

The Waldorf school in Germany, although they were sad to lose me, were very supportive of my move, and wrote a good commendation of my work.

So what aspects of the Waldorf Steiner method do you use in your daily teaching?

With primary students, we use the balance. We start with the Bothmer warm-up, we sit down after each exercise and we talk about what worked or why it didn’t work. That way the students understand why we do the exercises the way we do them and also why there are rules in games and sports. I try to get to know each individual student well, in that way, I get the best out of them, they know what is expected of them based on their individual abilities. One thing I always tell them is that they don’t compete against each other only against themselves.

For example, in a class some of them complain that someone is cheating and as a result say they’re not going to play. I try to make them understand that if they don’t play they will be the ones losing out and not improving their physical ability or skills.

With the older students, we only use team activities, there is no introduction like with the primary students. I always try to play a final game so they relax more, not just physically but also emotionally, to lead into and settle them for the next lesson. I usually use a co-operative exercise where there is no winner.

As the PE teacher, you spend a great deal of your working day outside and AIS’s location, nestled in nature is unrivaled. How does this connection with the environment influence your class content?

A lot, I always say this is the paradise of developing co-ordination. When the weather is good, we are often outside doing cross-country running or playing games in the forest. One of the benefits of running outside is that it requires different steps or positions of the feet, so it strengthens the ligaments and the muscles around the joints get much stronger. After some months of training outside, the risk of injury during sports is much lower.

At AIS we have such a big connection with nature, the students always ask me to go out. Even if we had all the sport-specific facilities that you might find in other schools, they would still ask me to go to the forest, they love it. Everything that happens in the forest is something special, if they just had to run around the school, they would get bored right from the start.

Nature has something that motivates them, not just the change of every step, but the constant change in their surroundings, there are so many more components to the activities and environment here that keep them highly motivated.

As AIS’s very own rap artist and teacher, how did you get into creating rap music?

At 19, I had been having a difficult time and I started writing some poems and I also really liked rap music. Rap is essentially a connection of poems with music on a beat and so I started to try and write my own rap. I didn’t have a teacher or role model, I didn’t have friends who liked it either so I started trying by myself and looked for courses.

I found one by L Chojin, Spain’s most famous rap artist and my mother gave it to me as a present. It taught me how to write, how to measure the length of the lines and the paragraphs. Within a couple of years, after doing the course, my level improved a lot and I joined a friend to make a group. We participated in 16 concerts with around 150-200 people.

So when I came to AIS, I offered my services to teach the students how to create rap music as part of an after-school activity. It’s a small number that takes part but they all really enjoy it – so do I!

Finally, we know each December you go to harvest olives in a family huerto, tell us a bit about the history of this activity and how you got involved?

The olives belong to my girlfriend’s grandparents and they used to have the olives and grapes. It’s in Fuente Alamo in Castilla la Mancha, the grandfather is now 92 years old, so the grandchildren have taken on the work of the harvest. We travel there twice per year: once for the harvest and once to prune in January. On the harvest visit, we take the olives to be made into olive oil on the same weekend.

They have three fields and there are more than 200 trees, they say there is one good harvest every 2 years, it depends on the amount of rain as the more liquid there is in the olive, the more oil there is. We use machines now to remove the olives but we still have to do it branch by branch.

f you’re considering looking into international schools in Costa Blanca for your child get in touch with them through their website, where you will also find a wealth of information. You can also get in touch via their Facebook page, Instagram, call them on +34 625295634, or email on info@altea-international-school.es.