3 Top Locations to See in Seville 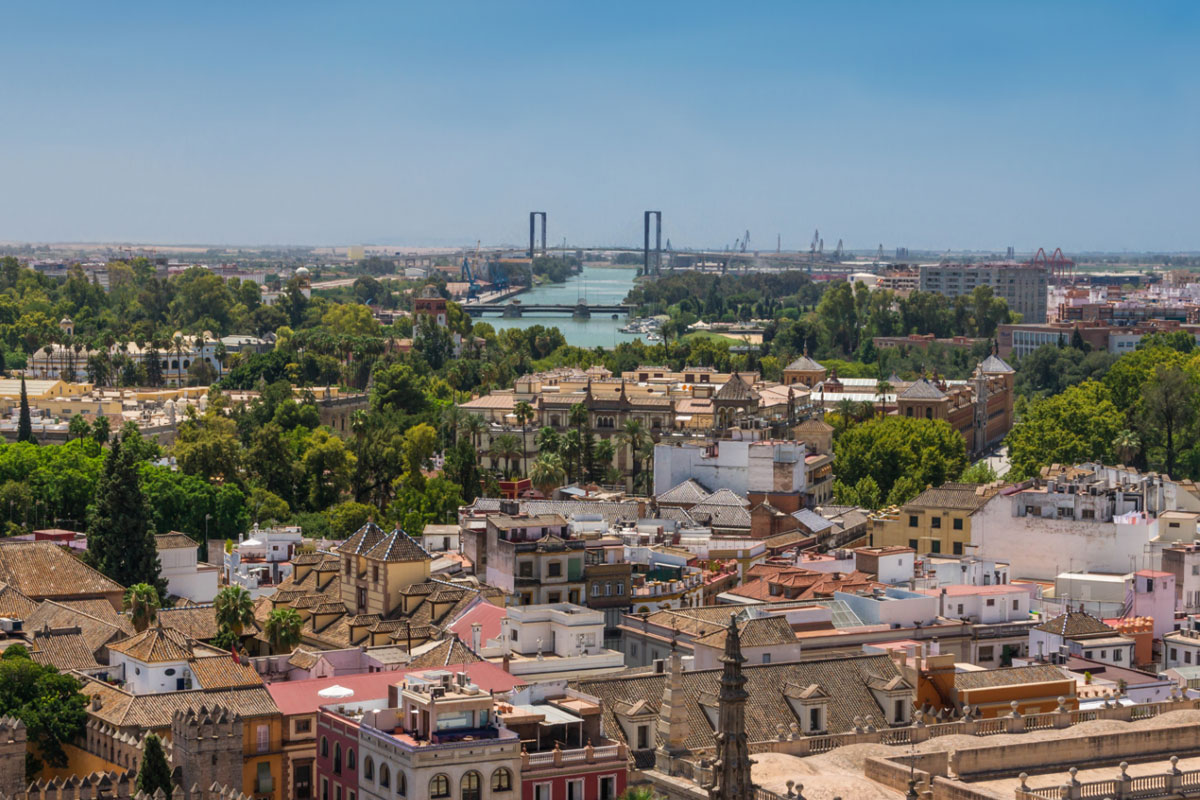 Bursting with antique charm, Seville is now home to no less than 3 UNESCO World Heritage sites, the world’s largest wooden structure, Metropol Parasol, and an impressive architectural heritage. The former prosperous port that carried out trade with the Americas is filled with distinctive places to see, and here are some of the top choices of travellers around the world.

According to TripAdvisor users, Plaza de España is number 2 in Top 25 Landmarks of the World (just behind the temples of Angkor Wat, in Cambodia).

This massive building is Seville’s most impressive after the cathedral, for its sheer scale and grandeur. Love it or hate it – fabulous or fussy, magnificent or overblown, depending on your point of view – you shouldn’t miss it when visiting the city. Plaza de España was built for the Ibero-American Exhibition of 1929, along with many of the pavilions you can see in and around the Parque Maria Luisa. Plaza de España is a semi-circular brick building, in a Renaissance and Neo-Mudejar style, with a tower at either end. Tall enough to be visible around the city, these towers – north and south – are major landmarks. In front of the building, following the curve of its façade, is a 500-metre canal crossed by four bridges, and in the centre of it all is the Plaza itself. You can rent small boats to row in the canal – the Plaza is known as “the Venice of Seville”. A major tourist attraction, it is the finishing point of horse-and-carriage rides.

It is one of the royal palaces with the most history in Spain.

The original nucleus of the Alcázar was constructed in the 10th century as the palace of the Moslem governor, and is used even today as the Spanish royal family’s residence in this city, thereby retaining the same purpose for which it was originally intended: as a residence of monarchs and heads of state. Built and rebuilt from the early Middle Ages right up to our times, it consists of a group of palatial buildings and extensive gardens. The Alcázar embraces a rare compendium of cultures where areas of the original Almohad palace – such as the “Patio del Yeso” or the “Jardines del Crucero” – coexist with the Palacio de Pedro I representing Spanish Mudejar art, together with other constructions displaying every cultural style from the Renaissance to the Neoclassical.

It is the largest Gothic church anywhere and the third-largest church in Europe (after St. Peter’s in the Vatican, and St. Paul’s in London).
Founded in 1403 on the site of a former mosque, the Cathedral, built in Gothic and Renaissance style, covers seven centuries of history. With its five naves it is the largest Gothic building in Europe. Its bell tower, the Giralda, was the former minaret of the mosque, a masterpiece of Almohad architecture and now is important example of the cultural syncretism thanks to the top section of the tower, designed in the Renaissance period by Hernán Ruiz. Its “chapter house” is the first known example of the use of the elliptical floor plan in the western world. Ever since its creation, the Cathedral has continued to be used for religious purposes.